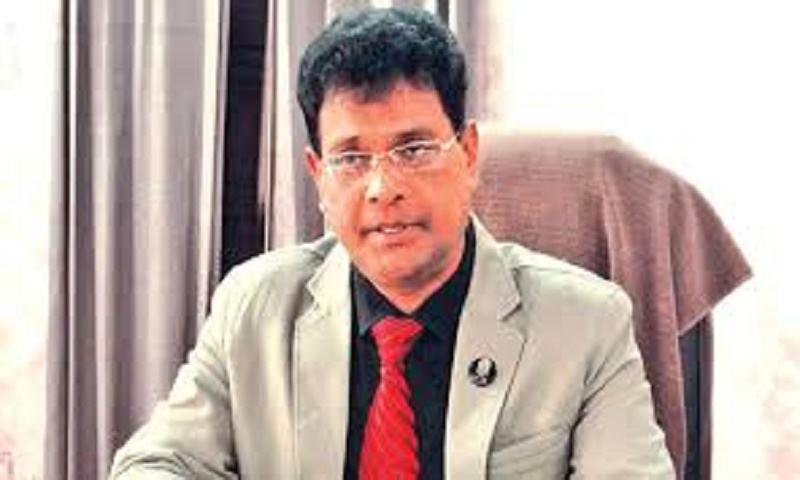 June 7, 1966 became one of the most important days in the history of Bangladesh as it witnessed a morbid bloodshed of Bengali patriots owing to the unleashing of fire on people's agitation in support of the historic 6-point program. Despite  the Father of the Nation Bangabandhu Sheikh Mujibur Rahman’s earlier declaration of the 6-point program on February 1966 in Lahore, June 7 is observed every year as the 6-point program day as a tribute to the sacrifice of the people.

The 6-point program is not a document to signify the autonomy of the Bengalis only; it has revived their dormant desire for freedom. The roadmap for the struggle for liberation of Bangladesh originally evolved from these six points visualised by Bangabandhu. It was a historically prophetic decision of Bangabandhu at a crucial moment of the Bengali Nation.

Six-point program bears so much significance in the history of Bangladesh that it is reverentially called the charter of freedom or the Magna Carta for Bengali people. The issues included in the statement of demand were – creating provision in the constitution for a Federation of Pakistan in its true sense based on the Lahore Resolution, keeping the federal government’s sole responsibility restricted to only two fields: Defence and Foreign Affairs, introduction of two separate freely convertible currencies for East and West Pakistan, vesting the power of taxation and revenue collection with the federal units, maintaining two separate accounts for the foreign exchange earnings of each of the two units, and creation of a separate militia or paramilitary force for East Pakistan. Looking attentively at the demands summarized above, one unfailingly notices the notion of an urge to foreground the separate autonomous identity of particular people, Bengalis living in the East Pakistan specifically, lurking in every line of the statement. Therefore, the initiating role of six point demand in the history of the rise of Bengali nationalism is quite clear and obvious.

It was a testament documenting the call for equity and justice against the unlimited exploitation of Bengalis concerning political, administrative, economic and defence related rights by the West Pakistanis for 18 years beginning from 1947 to 1965. Despite being majority of the population, Bengalis were deprived of equal political rights by far. The Bengalis were not appointed in the administration. About 60 per cent of foreign trade was in East Pakistan but almost all the money was spent for the West. The foreign currency reserve was in West Pakistan and the foreign debt burden was on East Pakistan. The Bengalis were not enrolled in the army for many ridiculous reasons. These historical facts, which formed the bedrock of the six-point program itself played the background rationale in the rock-solid support for it.

Bangabandhu’s 6-point program terrified the smug Pakistani regime so much so that he was subsequently arrested on the pretext of giving a repulsive statement and was kept imprisoned for long 33 months from 8 May 1966 to 22 February 1969. This was the longest prison term in Bangabandhu’s 14 year-long prison life. In spite of unbearable struggles, he did not give up the six-point program since he earnestly believed that it was the only way towards the emancipation of the Bengalis as a nation.

His staunch belief in the movement enabled Bangabandhu to endure all sorts of dejections and deprivations in the aloofness of his prison life. Even when he was not physically present in the movement outside, he passed restless times about the progress and outcome of the movement. By way of messages and letters he tried to stir up the commitment of his compatriots to organise and boost the movement further. Such was his passion for the six-point movement, perhaps he could never think of a reversal of his stance regarding it. So he could say without a tinge of hesitation in his heart, "I shall walk along the roads, lonely with it if need be. Because history will prove that this is the right path for the liberation of Bengalis."

The then Pakistani military ruler Ayub Khan got vexed by the six-point demand and threatened to respond to it with weapons. But the people of East Pakistan as a whole stood firm under the leadership of Bangabandhu in the same belief that the six-point movement would free them from the age-long deprivation and oppression. Therefore, the Pakistani regime could not suppress the six-point movement by using propaganda, false information and intimidation. So, they adopted the measures of atrocity to rein the movement. Eleven people, including Manu Mian, Shafique and Shamsul Haque, were gunned down by the police and paramilitary EPR on June 7, 1966 in Dhaka and Narayanganj during a hartal called for the release of Bangabandhu and other leaders detained for launching the Six-Point Movement.

The authoritarian atrocities did not put out the flame of the movement, rather it set it ablaze and spread it all over the land. Gradually, students, political workers and commoners joined hand to procreate a huge mass-upheaval in 1969 to defy any hindrance to get their leader out of the bars of prison. The influence of the six-point movement is so deep-rooted in the slow but steady progress towards solidarity that its originator earned the title ‘Bangabandhu’ and an undisputed mandate in the subsequent 1970 general elections. This reward from the people gave Bangabandhu the necessary courage to declare the noncooperation movement on March 3, 1971 and subsequently, pinpointed the focus of public movement on the ultimate single-point by stating in his epoch making historic speech of March 7 at the Racecourse ground, that the struggle this time meant to be directed towards freedom and liberation.

In this way, the six-point movement primarily awoke the sensibility of self-consciousness and independence among Bengalis and worked as a binding force to unite them as a nation and in due course, demand for national independence.

So, the six-point movement day recurs every year to re-enkindle the spirit of unity and solidarity, as well as to remind the present leadership how Bangabandhu has set the standard of commitment in serving the welfare of his people. We are glad that his worthy daughter, who sits atop our current leadership, Honourable Prime Minister Sheikh Hasina, follows the footprints left by her father Bangabandhu Sheikh Mujibur Rahman and shows the same commitment for the welfare of the population of present Bangladesh. We hope, the spirit of six-point movement will continue to inspire all of us to remain patriotic forever.

The writer is Pro Vice Chancellor,