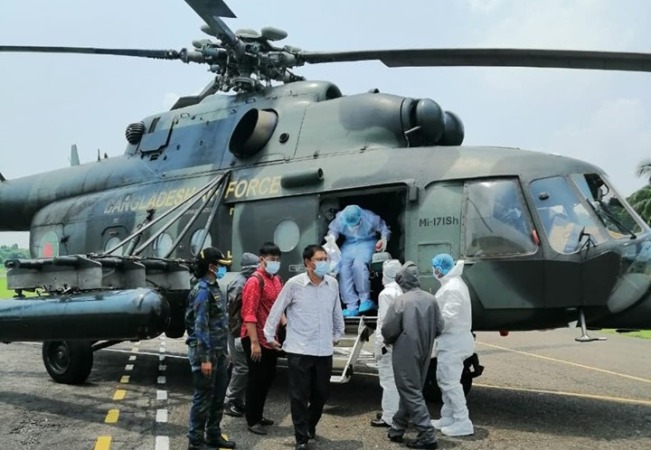 He was then taken to Dhaka's Combined Military Hospital (CMH) from the airport.

The minister has been moved for advanced treatment after his condition had worsened, the ISPR said.

This is the first time, an incumbent minister got infected with the virus.

The minister might have contracted the virus as he had attended several programmes during Eid-ul-Fitr and came to contact with mass people while distributing reliefs and other things.

Earlier on Monday, former Health and Family Welfare Minister Mohammad Nasim was tested positive for coronavirus shortly after he was admitted to a private hospital in the capital.

Bangladesh has so far confirmed 63,026 coronavirus cases and 846 deaths.