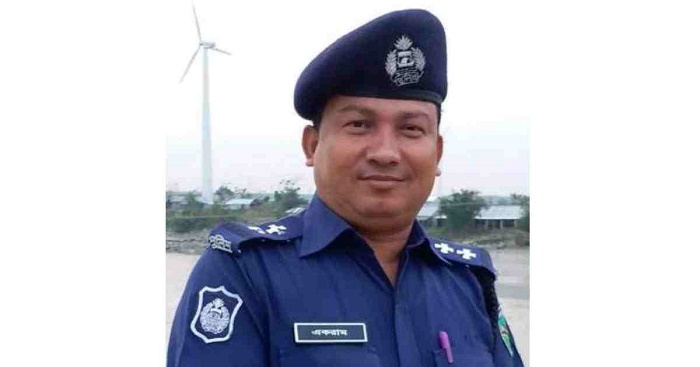 A sub-inspector of Sitakunda Model Police Station died after suffering from fever and cold at his residence at Uttar Bazar in Sitakunda upazila of Chattogram on Saturday.

The deceased was identified as Ikramul Islam, 45, hailing from Laksham upazila in Cumilla district.

Sources at Sitakunda Model Police Station, said Ikramul had been suffering from fever and cold since June2. He also took treatment at home as per the advice of the doctor.

Getting no response from Ekramul’s room, two neighbours went to his flat and found him unconscious. Foam was coming out from his mouth.

Later, he was taken to Sitakunda Upazila Health Complex where the doctors declared him dead.

Nur Uddin, chief medical officer of the health complex, said primarily it is suspected that the SI might have suffered a stroke and died.

However, samples were collected from Ekramul for coronavirus test.

A total of 5,916 policemen have been infected with coronavirus across the country while performing duties as of Friday.

Ahsan also informed that 1,660 infected policemen were attached to the Dhaka Metropolitan Police.

The health authorities have so far confirmed 63,026 cases of coronavirus with the detection of 2,635 new cases across the country while 35 more patients died from COVID-19 during the same period, raising the death toll to 846.