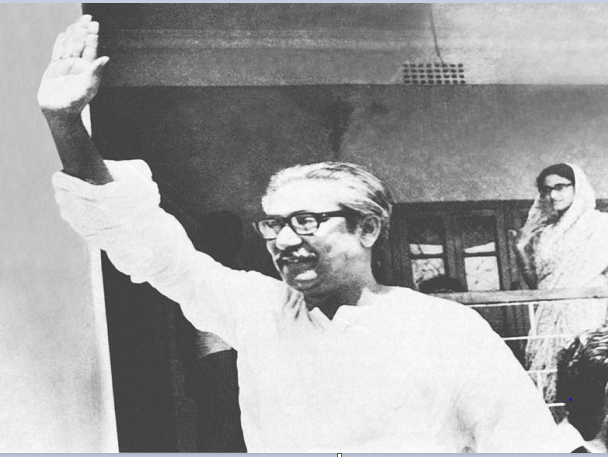 Prime Minister Sheikh Hasina has written an article marking the historic Six-Point Day to be observed in the country . Following is the article:

We observe June 7 as the Six-Point Day. The year 2020 has appeared as a unique year in the life of the Bengalees. This year is very important for us – meaning the people of Bangladesh. Massive programmes were undertaken to celebrate the birth centenary of Father of the Nation Bangabandhu Sheikh Mujibur Rahman. Not only in Bangladesh, the Bengalees around the globe had also taken preparations to this end. UNESCO had also decided to observe this day, while the UN member states had taken necessary preparations too. The UN has already released a commemorative postage stamp in this regard.

When such massive preparations were going on, then a pandemic emerged across the globe. An infectious disease named novel coronavirus or COVID-19 has infected people of the world in such way for which almost all the countries across the globe are infected by the deadly disease, and their economic, social and cultural operations have come to a stalemate. Bangladesh, too, is not free from this virus. Under the circumstances, we have suspended all sorts of activities in the areas where there can be mass gathering, considering public interest and thus observing various programmes through radio, television and digital media.

Father of the Nation Bangabandhu Sheikh Mujibur Rahman declared the six-point demand in 1966 which is regarded as the “Charter of Freedom” of the Bengalees. I recall with deep respect Father of the Nation Bangabandhu Sheikh Mujibur Rahman, show my respect to my mother Bangamata Sheikh Fazilatunnesa Mujib as she played an unique role in making successful the June 7 programmes. I also remember my beloved family members who embraced martyrdom on August 15, 1975. I also pay my profound respect to the four national leaders, all the martyrs of the War of Liberation and my oppressed mothers and sisters.

Unveiling of the six-point demand:

On February 5, 1966 at the residence of Chowdhury Mohammad Ali in Lahore, the conference of the opposition party began with Muslim League President Syed Mohammad Afzal in the chair. Bangabandhu Sheikh Mujibur Rahman placed the six-point demand in a subject committee meeting. But the proposal was not adopted, even Farid Ahmed of East Bengal also opposed the proposal.

The six-point demand had proposed to give self-autonomy to every province of Pakistan. But, the other political parties of Pakistan neither accept this proposal nor expressed interest to hold discussion on the issue. Bangabandhu then returned to Dhaka and the six-point demand was passed at the working committee of Awami League.

This proposal was adopted at the working committee of Awami League. It was then decided to publicise this demand massively. It was also then decided that the party leaders would visit the whole East Pakistan and place this demand before the people. A booklet on six-point demand written by Bangabandhu was also circulated in the name of the party General Secretary. Besides, this demand was also placed before the people through leaflets, pamphlets and posters.

Why the six-point demand?

During the Indo-Pak war in 1965, the people of East Bengal or East Pakistan remained totally unprotected as there was no importance to the central government of Pakistan for protecting this region and East Bengal was left at the mercy of India. If India could have launched a massive attack on East Bengal then it would have not been possible for Pakistan to save this region staying at a distance of 1,200 miles. On the other hand, if we review the war scenario of that time, then we see India could occupy up to Lahore of Pakistan had not the Bengali soldiers of Bengal Regiment faced the Indian military attack with bravery.

Any strong base of Army, Air Force and Navy was never set up in East Pakistan, while the 14 Division headquarter of Pakistan Army was in a very fragile state. The presence of Bengalees in the Pakistan Military was very limited. A report of Pakistani newspaper the Dawn in 1956 highlighted the position of Bengalees as follows:

This indicates that there was only two Bengalee officers going up to their highest Lt Colonel rank, but during the war, it was the Bengali soldiers who fought with utmost bravery.

After the Indo-Pak war, an agreement was signed between India and Pakistan which is also known as the Tashkent Treaty where the interest or security of East Bengal was also ignored.

If we looked back in the past, we see that the Pakistani rulers had always acted with step-motherly attitudes against the Bengalees. At first, they launched their attack on Bangla language which is also our mother language. They started hatching conspiracy to snatch our right of speaking in our mother language, but the Bengalees protected the dignity of mother tongue by shedding blood. The then student of Dhaka University Sheikh Mujibur Rahman started the language movement in 1948. Actually since then, he realized that the Bengalees must be freed from the rule, oppression and deprivation of the West Pakistanis.