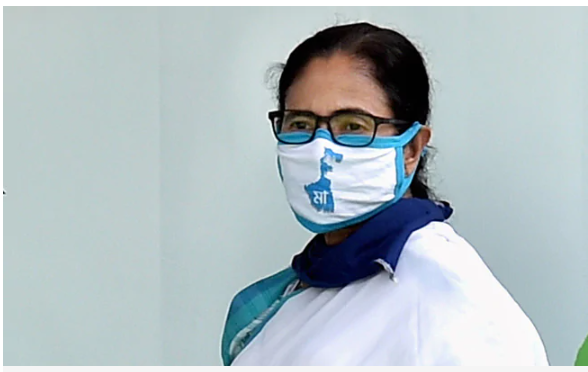 West Bengal Chief Minister Mamata Banerjee on Friday hit out at the opposition BJP for "engaging in politics" at a time when the state was dealing with the coronavirus crisis and the devastation caused by Cyclone Amphan.
"I really feel bad that when we are fighting against COVID-19 and Amphan and working to save lives, some political parties are asking to remove us. I never said that PM (Narendra) Modi should be removed from Delhi," she said.

"Is this the time for engaging in politics? Where were they for the last three months? We were working on the ground. Bengal will win against both COVID and the conspiracy," Ms Banerjee added. She was speaking at an event to mark World Environment Day.

The Chief Minister listed the challenges faced by the state like paying government employees and pensioners on time and helping those who have been affected by the cyclone. "Already, 25 lakh farmers who have suffered losses and 5 lakh families who have lost homes have received relief," she said.

Ms Banerjee's response comes after the Bengal BJP unit questioned the state government's claim that the state had suffered losses worth Rs 1 lakh crore because of Cyclone Amphan and alleged it was a ruse to "make money".

"This is a strategy to make money from these disasters. The CPI-M had this disease earlier, now it has spread to the Trinamool Congress," West Bengal BJP president Dilip Ghosh had alleged on Thursday.

The BJP leader also mocked Ms Banerjee's demand to declare the cyclone as a national disaster.

"There is nothing called national disaster. The state government should just tell the centre the extent of the damage caused," he said.

Ties between Mamata Banerjee's Trinamool Congress and the BJP, which rules at the centre, have grown increasingly bitter ahead of state elections due next year.

While the BJP and the central government have attacked Ms Banerjee's administration on its handling of the coronavirus crisis and now Cyclone Amphan, the Trinamool chief has hit back with accusations that the centre has not released a fair share of financial relief and interfered in its efforts.