ACC gets tough on relief theft 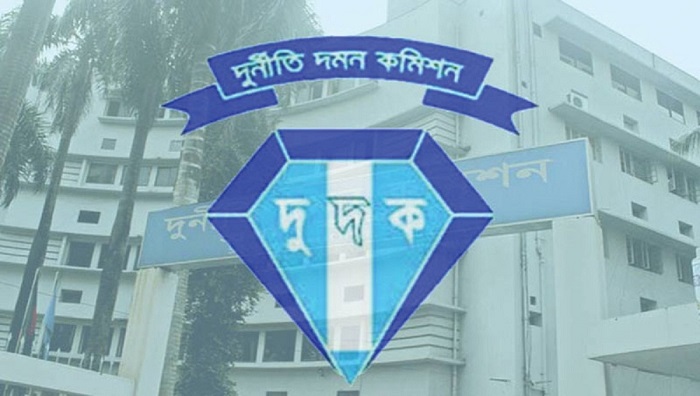 The Anti-Corruption Commission (ACC) has taken a hard line against embezzlement and irregularities in the relief programmes meant for marginalised and low-income people amid the Coronavirus pandemic.

The anti-graft watchdog has adopted a zero-tolerance approach to stop corruption in relief distribution across the country, said sources at the ACC.

The ACC had already instructed its divisional offices and integrated district offices to closely monitor the relief programmes in coordination with deputy commissioners (DC).

It also directed its officials to be vigilant against irregularities and to take stern actions when they receive any allegations of relief embezzlement.

Mentioning that no mercy will be shown to the relief embezzlers, ACC chairman Iqbal Mahmood said the anti-graft watchdog has adopted a zero-tolerance approach to stop corruption in relief distribution.

“ACC officials are carrying out their responsibilities risking their lives which is commendable, but all those involved in such crimes must be punished and no one will be spared,” he warned.

Iqbal Mahmood also informed that a special committee or task force will be formed, if necessary, to monitor investigations into the relief scams.

Talking to the Daily Sun, ACC Director (Public relations) Pranab Kumar Bhattacharjee said a total of 19 cases were filed over irregularities and corruption in relief distribution since April 12.

ACC already filed 19 cases against 28 people including seven chairmen of different union parishad in 14 districts on charges of embezzling a total of 1,55,730 Kg rice under the government’s social security programmes.

Apart from this, food godown officer Shafiqul Islam and its staffs Sadekul Islam and Amjad Hossain in Bogura, UP secretary Sheikh Md Mohidul Islam in Norail, UP secretary Jahangir Alam in Shariatpur district are also accused in the cases.

Meanwhile, Local Government Division (LGD) suspended a total of 87 public representatives so far in connection with irregularities in cash aid disbursement and relief distribution for destitute people since March 8.

Among them, there are 29 are UP chairmen, 52 UP members, a zila parishad members, four municipality councillors and one upazila vice-chairman.

Earlier, Prime Minister Sheikh Hasina, in an address to the nation on March 25, announced wider social safety net measures for low-income and homeless people to help them deal with tough times during coronavirus pandemic.

The premier also said low-income people will receive government assistance under the Ghore Fera (Returning Home) programme in their village homes because many have lost their jobs due to the pandemic.

Apart from this, homeless and landless people will get free housing and food for six months-- plus some cash. Meanwhile, the Vulnerable Group Development and Vulnerable Group Feeding programmes, plus Tk 10 per kg rice sales, will continue.

As per instructions, the Ministry of Disaster Management and Relief has been disbursing rice and cash for low-income people who are outside of the social safety net.

But there have been allegations of relief embezzlement by some UP chairman, members and other individual s involved with the relief programmes.