Coronavirus eats up Tk 565b from agriculture sector 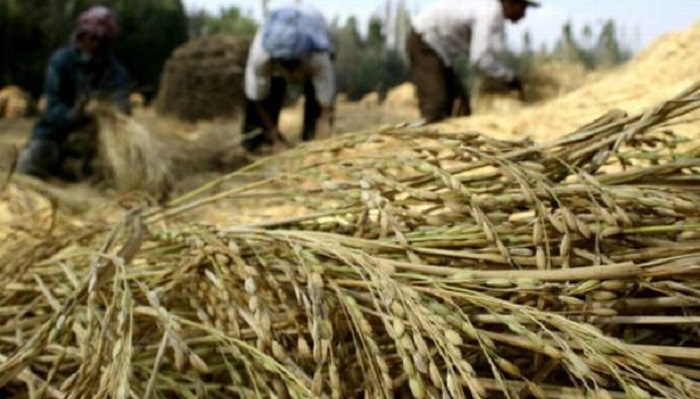 The agriculture sector took a major hit as farmers across the country suffered losses of Tk 565.36 billion during the general holiday announced by the government to contain the spread of COVID-19 pandemic.

This loss was incurred in one and a half months between March and May that was revealed in a research conducted by BRAC during these 45 days.

“The research covered all the sub-sectors---crop and vegetable farming, poultry and livestock and fishery. Two studies were carried out as part of the research, one of which surveyed the situation of the farmers at the producers' end, while the other focused on the market situation and how its disruption impacted the farmers during this period,” Brac said in a press release on Thursday.

A representative survey was also conducted under the research interviewing 1,581 farmers across the country.

The findings along with several recommendations of the research titled “Impacts of COVID-19 pandemic on agriculture and implications for food security” were revealed at a digital press conference on Thursday.

The findings show the prices and sales of essential agricultural products, especially coarse rice and red lentils, went up during the early days of the pandemic due to panic buying of consumers and high demand of relief-providing entities.

The trend resulted in the rise of rice and lentil prices by 30-32 per cent while the traders had a 300 per cent rise in their sales of these products. However, the surge in market demand could not benefit the farmers as they sold their stock before the pandemic began.

The producers of non-relief and perishable items also had a hard time to continue the production and sell of their products. Overall, 88 per cent of all farmers (100 per cent of fish farmers) reported economic losses owing to production and marketing problems.

Farmers mentioned lack of fair prices (66 per cent), limited operation of markets (52 per cent), higher prices of inputs (45 per cent) and unavailability of labour (28 per cent) as the prime causes behind their sufferings.

Due to damages to their products and low prices, each farmer suffered a loss of an average of Tk 207,976 during the 45-day period. Based on the number of farmers in the country in each of the sub-sectors, the value of the loss was estimated at Tk 565.36 billion.

Ex-member of the Planning Commission Dr MA Sattar Mandal said retailers, distributors, agents and middlemen should be prioritized and that their expertise should be utilised to tackle the current situation as they play important roles in the market.

PRAN Group MD Eleash Mridha said measures should be taken to facilitate farmers in those areas where the spread of coronavirus is lower.

ACI Agribusiness MD Dr FH Ansarey stressed on tech-based agricultural innovation and said, “Agro-processing technologies need to be given preference. The government should allocate Tk 10 billion for improving the connectivity of farmers with the private sector, dealers and extension service.”

BRAC Dairy and Food Enterprise Director Mohammad Anisur Rahman said a constant decline in demand since the beginning of the coronavirus pandemic spoiled farmers’ produce at a huge margin. Dairy farmers suffered a lot as they had to dump milk.

“If the situation lingers, the result will be ominous. If farmers change their profession, food safety of the country will be endangered,” Rahman added.

Of the farmers interviewed, 42 per cent reported that they had no way to cope up with the crisis, while 60 per cent of crop and vegetable farmers said they had to absorb the losses fully. Approximately 11 per cent of all farmers and 17 per cent of poultry farmers had to reduce their production, while another 2 per cent stopped production. Poultry farmers encountered huge losses as prices dropped by 44 per cent owing to the closure of all restaurants during the holiday.

KAM Morshed, senior director of BRAC, moderated the online press conference, which was also attended by journalists, agricultural specialists and researchers, among others. Two farmers also joined the event to share their experience.