Imam’s humiliation by UP chairman sparks criticism on social media 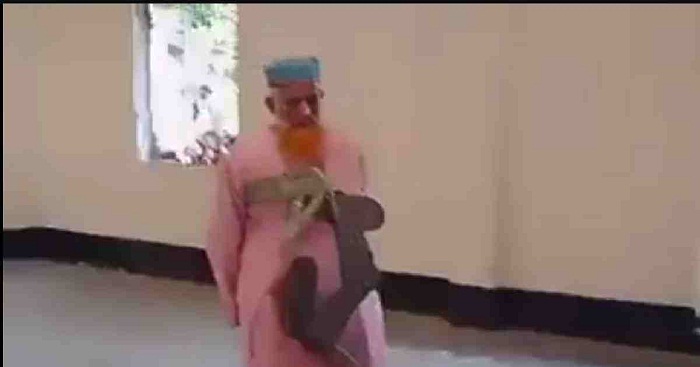 Humiliation of an imam of a local mosque by putting a garland of shoes around his neck in Mehendiganj upazila of Barishal district has triggered huge criticism on social media.

The video footage of the incident went viral on social networking site Facebook.

Sources said Shahidul Islam alias Alauddin, an imam of a local mosque and a clerk of Khajuria Dakhil Madrasha, allegedly embezzled the scholarship money of students amounting to Tk 4,800. Besides, allegations were also brought against him for misappropriating Tk 20 lakh of insurance.

The UP chairman and some members put a garland of shoes around his neck after tying up his hands and took his photos in the name of punishment. They kept him confined to the place until evening.

Abidur Rahman, in-charge of Mehendiganj Police Station, said they did not received any complaint in this regard but after seeing the viral video footage a team of police has been sent to the spot to arrest those involved in the incident.