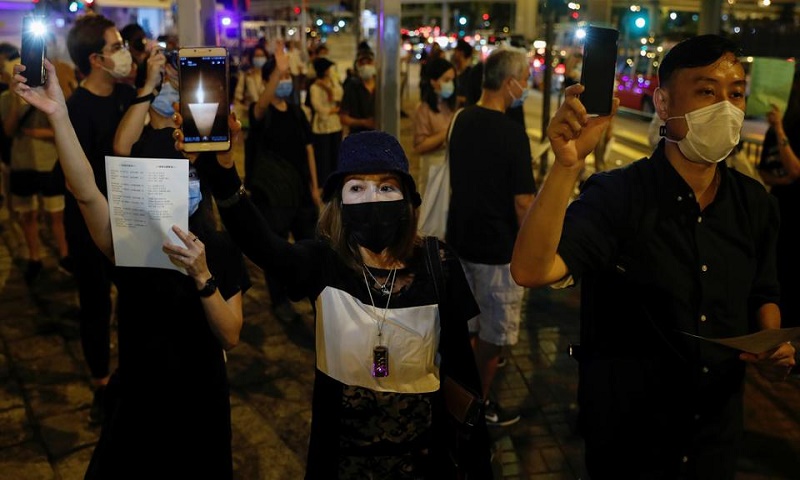 People across Hong Kong are finding ways to mark the anniversary of the Tiananmen Square crackdown, despite the official vigil being banned.

On 4 June 1989 troops and tanks opened fire on pro-democracy protesters in Beijing - estimates of the dead vary from a few hundred to several thousand.

But this year - as Beijing proposed a new security law for the city - the vigil was banned for virus reasons.

Police told local media that 3,000 riot officers would be deployed to stop smaller or impromptu commemorations.

Hong Kong and Macau are the only parts of China allowed to mark the killings.