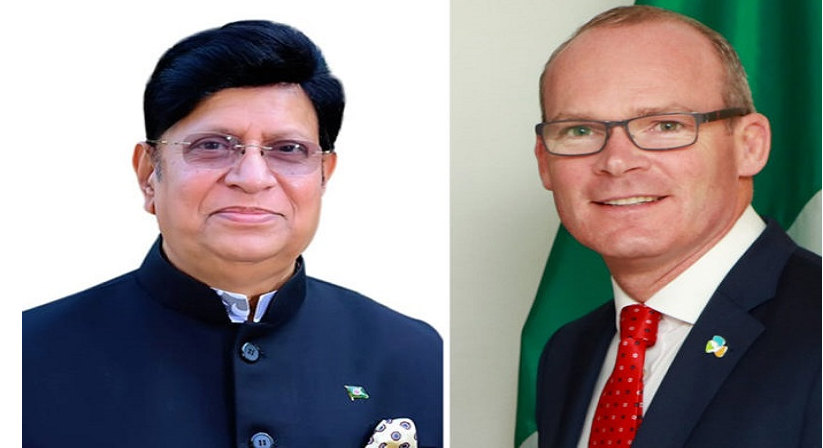 He made the request during a recent telephone conversation with Irish Deputy Prime Minister and Foreign Minister Simon Coveney, a foreign ministry press release said on Wednesday.

During the talk, Dr Momen expressed concern that many foreign buyers are showing irresponsible behavior by dishonoring their import contracts from Bangladesh amid COVID19 that is adversely affecting 4 million RMG workers here most of whom are women.

He informed his Irish counterpart about the availability of a huge pool of IT experts in Bangladesh as high as 600,000 whose expertise could be used by Ireland.

“Bangladesh has played a very significant role in extending temporary shelter to this huge number of Rohingyas, a number almost equivalent to a quarter of the population of Ireland,” said Coveney, who also holds the portfolio of deputy premier of his country.

In reply, Dr Momen expressed deep concern that there was no progress in repatriation of Rohingyas as till to date Myanmar had not taken a single of its national back.

The Bangladesh minister urged European Union (EU) countries to exert more pressure on Myanmar so that it takes its Rohingyas back.

“The situation has become untenable for us,” he said, adding that the EU countries should step forward and share the responsibility.

Thanking Ireland for its continued support on Rohingya issue, Dr Momen hoped that if elected as a non-permanent member of the UN Security Council (UNSC), Ireland would play a more robust role in the UNSC.

The Irish Deputy Prime Minister assured Ireland’s continued support and active engagement in this regard.

The Irish Minister also applauded the leadership role of Bangladesh in the UN Peacekeeping and expressed willingness to work jointly in this area.