People moving back to villages as income drops 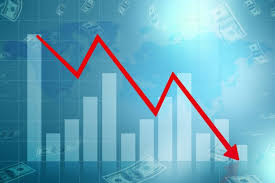 The coronavirus pandemic is weighing on the low-income people in the city, prompting many of them to migrate back to rural areas amid a drastic fall in income due to lack of economic activities.

In the face of financial hardship, many city dwellers are minimizing their monthly cost to survive in the city.

Nibaran Barua, who used to work at a buying house, had to send back his family to his village home in Cumilla as his income has come down to almost zero.

“It is unprecedented for me. I never thought this kind of situation may come in my life. As my organization has no order, I got temporarily laid off. My monthly income was around Tk 35,000 which evaporated all of a sudden,” said Nibaran.

“As there was no way to bear family expenses and house rent, I sent my family back to my village home. I left rented house and moved to a mess to survive in the city”, he said.

Nibaran’s stories of despair are shared by many others in the city.

This correspondent has visited several residential areas in the city and saw a growing number of to-let signboards in city buildings.

Shakhawat Ullah, a private job holder who got married recently and has started conjugal life at a rented flat in Rampura. With his limited income, they were happy, but suddenly his income has slashed by 60 per cent.

“It is impossible to survive in Dhaka with this income. So what to do? I sent my wife back to Noakhali. Now I am sharing a room with my cousin,” said Shakhawat.

Talking to the guards and owners, it was found that city dwellers started vacating house from April which are growing every month due to a fall in people’s income amid the coronavirus crisis.

Several house owners said that they are not getting tenants for their empty flats while they have to compromise with the tenants to make them stay.

“I understand that people’s income significantly dropped due to the big economic jolt caused by the coronavirus crisis. Many became jobless while many are struggling with their limited income. In such cases, we are cooperating. But many are being unable to bear the rent, thus moving back to the village,” said Habibur Rahman, owner of a six-storey building in Merul Badda.

A BRAC survey revealed the hardship of the lower-income group and poor people of Dhaka city.

The survey shows that a large percentage of main income earners in the survey households became economically inactive during the first week of April.

The rate is the highest in urban slums, where 70 per cent of main income earners became inactive, the survey revealed.

The findings said six per cent urban households moved to their rural homes because of COVID-19 till mid-April.

Another Brac and Unnayan Somonnoy survey shows that 34.8 per cent of households interviewed had at least one member who lost their jobs due to the pandemic while average family income loss between March and May stood around 74 per cent.

Dr Hossain Zillur Rahman, an economist and also the chairperson of Brac, suggested creating easy access for the affected people in the government facilities for an interim period.

In order to recover the income loss of a big section, he said the government has to focus on creating jobs in both the public and private sector. The government needs to have a concrete report on the income-affected people to address the issue, he said.