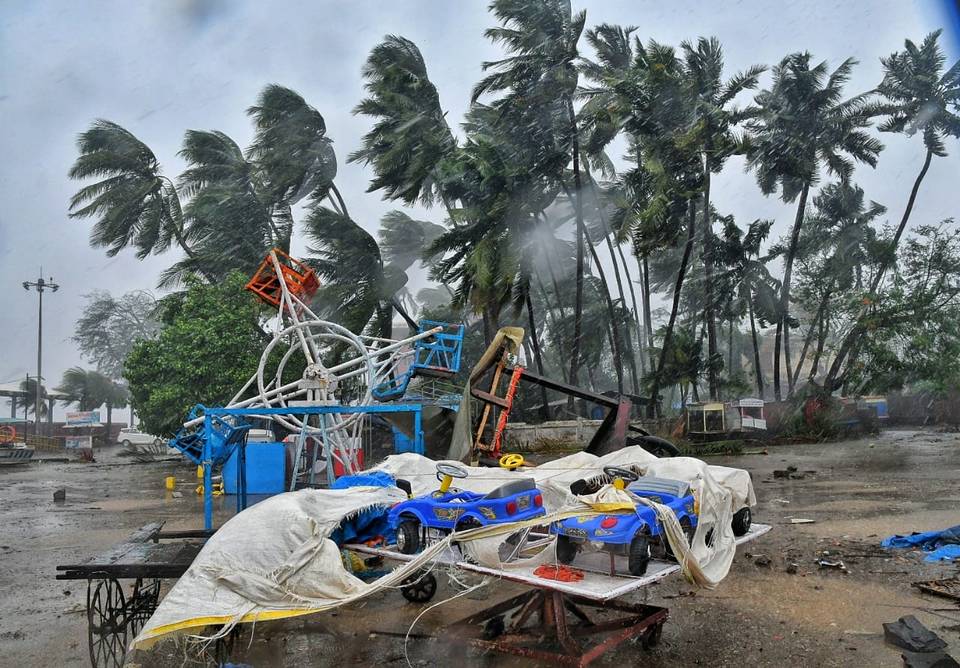 Maharashtra and Gujarat  of India geared up for Cyclone Nisarga, which began its landfall on Wednesday noon near Alibaug, south of Mumbai.

With the India Meteorological Department declaring a red alert in Mumbai for the first cyclone that has formed near the city on the Arabian Sea in a long time, Maharashtra Chief Minister Uddhav Thackeray, in a televised address, advised people to remain indoors.

Raigad district authorities started evacuating residents from coastal areas. Teams of National Disaster Response Force (NDRF) and India Coast Guard have also been deployed. Alibaug, Uran, Murud and Shrivardhan — all shore-based talukas — are on high alert, while Pen, Panvel Mhasala and Tala, which are creek-based, are on alert.

Chhatrapati Shivaji Maharaj International Airport (CSMIA) temporarily halted flight operations on Wednesday after a cargo aircraft was involved in a runway excursion or over shooting after landing.

"The aircraft went slightly ahead due to the prevailing cyclonic conditions. As there is severe cross winds, we have suspended operations for the time being," an official said.

In consultation with AAI, considering the strong crosswinds, it was decided that no arrivals and departures would take place between 2.30 p.m. and 7 p.m, the airport operator said.

In view of the cyclone, MIAL was operating a further curtailed operation of 19 flights, which include 11 departures and 8 arrivals as against the 25 arrivals and 25 departures permitted by the Maharashtra government. -

Cyclone ‘Nisarga’ has made landfall near Alibaug on Maharashtra coast with the wind speed of more than 110 kms per hour and heavy rainfall, leading to falling of many trees and electricity poles, a Raigad district official said.

“Due to the impact of the gusting winds, many trees and electric poles fell down in Shrivardhan as well as in Alibaug,” the collector said.

She said 13,541 people have been shifted to safer places so far.

“We have identified 62 villages in the radius of five kilometres near the coastline (in Raigad) and are taking extra precautions there,” the collector said.

She appealed to people to stay indoors until Thursday morning for their own safety.

The collector said the fallen trees and electricity supply poles will be removed in the next few days and replaced with new poles.

“Not only the coastal areas in Raigad, but residents of towns like Roha, Tala, Sudhagad, Khalapur, Mangaon, Panvel and Poladpur will also have to remain alert,” she said.