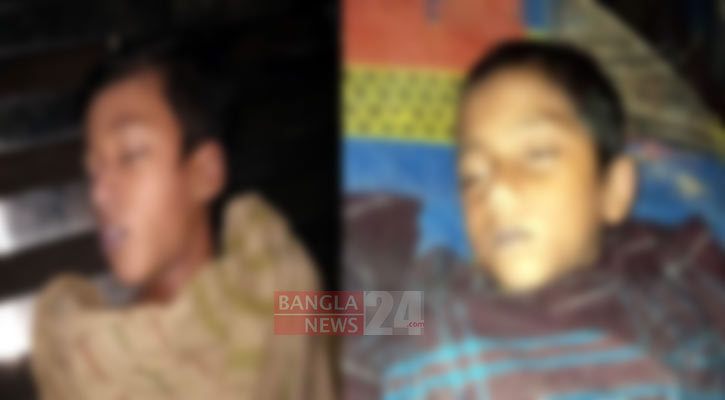 The floating bodies of two minor boys were recovered from a pond at Shahpur Uttarpara village of Kagoil union under Gabtoli upazila in Bogura on Tuesday night, 5 hours after they went missing.

The deceased were identified as Saurav, 6, son of Phul Mia and Kawsar, son of Sohel Islam, both of them hailing from the area.

According to locals, they went missing on Tuesday noon.

Family members searched every possible place, but failed to find them.

Confirming the news, Md Nuruzzaman, officer-in-charge (OC) of Gabtoli Police Station, said locals found their bodies floating in a nearby pond at 8:00 pm and informed police. Later, law enforcers recovered the bodies from the pond.

A process is underway to file an unnatural death case with the police station, he said.