How the universe came to exist 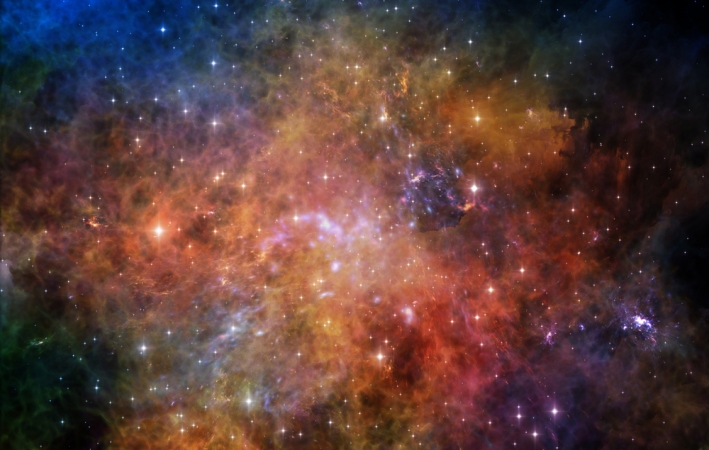 Fifteen billion years ago our universe did not exist. From the tiny planet we came home, to our Local Galaxy and beyond, here's the story of how everything came to be.

Our universe came into being in a cosmic explosion, the big bang, expanding from nothing to 2 billion billion km (1.25 billion billion miles) wide in a single second, and it is still expanding today. At present, scientists can only speculate about why the big bang occurred, but we are beginning to understand what happened in the first few moments.

There are billions of galaxies in the universe, each containing billions of stars. Galaxies typically cluster together. Our Galaxy is one of about 30 in a cluster known as the Local Group. One of the nearest galaxies to ours is Andromeda, 2.2 million light years away.

Early evolution of the universe

Within a second after the big bang, the building blocks of all matter were created, but it took another 2 billion years before the first stars and galaxies started to form.

The temperature of the infant universe is 100,000 billion billion billion°C. The universe expands rapidly and fills with radiation, mostly in the form of light and heat. Gravity appears as a distinct force.

Subatomic particles combine to form protons and neutrons, the two components of the nuclei of atoms.

The temperature drops to 1billion°C. Space is now filled with protons, neutrons, and electrons; the three particles that make up atoms. Over the next 32,000 years, protons and neutrons react with background radiation to combine and form nuclei of hydrogen and helium—the two simplest chemical elements.

The universe becomes transparent and its temperature drops to about 4000°C, low enough for complete atoms to form. These are pulled together by gravity, creating clumps of matter.

The first stars and galaxies begin to condense from clouds of gaseous hydrogen and helium.

How do we know what happened billions of years ago?

Simply put, we can see it. Looking across the vast distances to stars, space and time become impossible to separate. We can only see objects when the light from them reaches us. The farther away an object is, the longer it takes.

For instance, it takes eight years for the light from the brightest star, Sirius, to travel to Earth, so we are actually looking at it as it was eight years ago. With more distant objects we are looking even farther back in time. It takes the light from the Virgo Cluster 50 million years to reach us, so we are looking at it as it was long before human beings even existed.

Stellar objects emit other types of radiation, such as radio waves, as well as light. These can be detected by specialized telescopes, and the data they provide helps to build up a fuller picture of the universe.

At the moment, the farthest galaxies that we can perceive are 13 billion light years away, only 2 billion years after the big bang. In theory, if we could see far enough we should be able to see right to the beginning of the universe.