A promising option for corna patients! 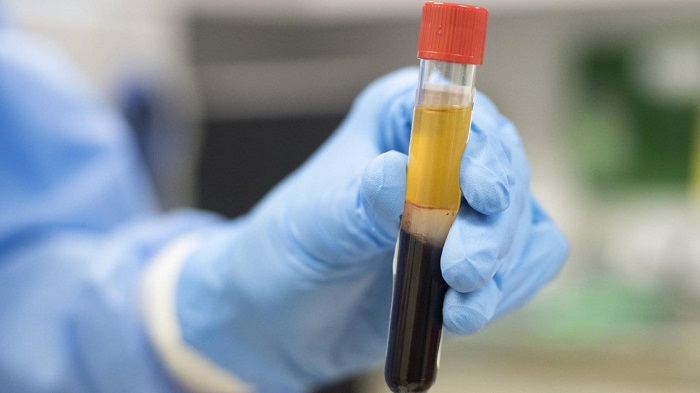 As Bangladesh strives hard to keep its people indoors despite the economic drawbacks, there are 13,770 infected COVID-19 patients and 214 deaths till now. The growing number of patients even during lockdown is surely a sign of concern. Community transmission is taking place at a rapid pace. Currently there is no vaccine discovered for coronavirus and scientists say it can take up to 18 months to find one. Just when people in this country as well as rest of the world were in a desperate need of a cure, plasma therapy provides some light at the end of the tunnel.

Plasma is the clear liquid portion of blood that remains after red blood cells, white blood cells and other components are removed from blood.  It is straw-coloured and the single largest component of human blood. This is where the antibodies also reside along with other important components such as proteins and enzymes. According to a study, most people who recover from coronavirus carry antibodies.

Convalescent plasma therapy involves taking the plasma of a person who has fully recovered from coronavirus, in other words, who had ‘convalesced’ the virus, with the hope that the antibodies that were responsible in fighting the virus off are still in that plasma, thus enabling the injected person to also fight off the virus.  Coronavirus antibodies are specific immune proteins that develop when a patient has an infection. They seek out and attack the coronavirus, destroying it before it can infect further parts of the body. So the question remains- how effective is it?

To begin with, many countries are also using the technique to treat their patients albeit in small numbers. Some of the worst hit countries by COVID-19 namely USA, Iran, UK, China, etc are using plasma therapy in a small scale on trial basis. A report published by Tehran Times said that death rates have reduced 40%  in Iran after using plasma therapy.  In China, The first dose of convalescent plasma from a COVID-19 patient was collected on February 1 and the first severely ill patient received the treatment at a hospital in Wuhan, capital of virus-hit Hubei Province, on February 9. The country had made a number of trials all with very good results. While the outcomes of plasma therapy are very much promising but there is still more research to be done and more trials to be made before anything certain can be stated.

Plasma therapy isn’t actually a new concept. In fact, it originated back in the late 1800’s by German physiologist Emil von Behring who used it to cure diphtheria, a bacterial infection that was particularly fatal for children. He injected children with antibodies to diphtheria taken from animals that had recovered from the disease, with positive results.

Plasma therapy lost its popularity to a certain extent when antibiotics were discovered. But the recent emergence of various viruses especially the novel coronavirus has put scientists back on the track in experimenting with this past technique.

In Bangladesh, for the first time ever, plasma therapy has been used few days ago for treating a Covid-19 patient admitted at the Ever Care Hospital in Dhaka. The identity of the patient has not been disclosed but it has been reported that the patient has responded well to the therapy. According to hospital sources, the patient is currently under special observation.

Earlier, the national technical subcommittee for the plasma treatment, formed on April 17 under the Directorate General of Health Services (DGHS0) has already made protocols for the trials to be made in this month. While plasma therapy is not really an absolute nor official solution yet, it does provide hope to doctors and COVID-19 patients.