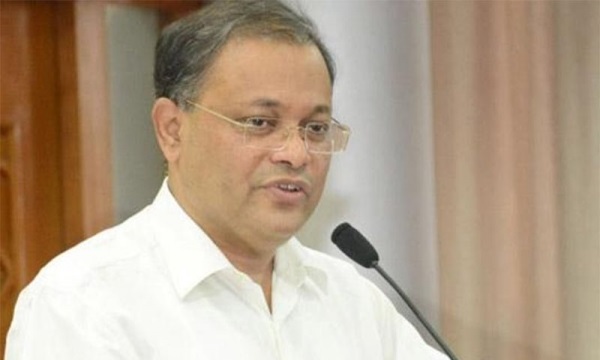 Terming the refusal of health facilities to provide medical services as a punishable offence, Information Minister Dr Hasan Mahmud  said the government would take actions against authorities of those hospitals which would refuse to render the health services to patients.

“The hospitals that are refusing to provide health services in this situation are doing punishable offences. . . I hope no hospitals including private ones would do such behaviour and they extend their helping hands to the distressed people and the humanity as well,” he told reporters.

The information minister was addressing a press briefing at the meeting room of his ministry at Secretariat here.

He said, “I was hurt when we saw in newspapers and other media outlets that a patient visited six private hospitals one after another in Sylhet. But no hospitals provided treatment to the patient. And, later, the patient died in the ambulance without treatment.”

“This is really regretful and this behaviour of hospitals is not acceptable,” said Hasan, also Awami League joint general secretary.

Sounding a note of warning against denial of providing medical treatment to patients, the information minister said the government is monitoring these activities. “The Health Ministry has already said that actions would be taken if any hospitals show negligence in providing health care services. And the government would take actions soon if such incident of negligence takes place continuously”, he added.

About the recent fire incident in the United Hospital, the information minister said fire service, in their primary investigation, found their (United Hospital) negligence. “So, the hospital can’t avoid their responsibility for the deaths of five people in that fire incident,” he added.

Replying to another query about ongoing protest in the USA after the death in Minneapolis of George Floyd, an unarmed black man who had been pinned down with a knee to the neck by a police officer, Hasan said, “I don’t want to make any comment on this issue as it is their (the USA) internal matter. But, as you ask and the USA gives statement on any issue of Bangladesh and publishes reports on human rights of other countries every year, the killing of African-American shows their (the USA) human rights situation.”

He said death ratio of African-American by police is three times more than white American in the USA though the number of African-American is lower. “Besides, you know that they send back the parents at their own country, who entered the USA illegally, after separating them from their children. And the children do not know their parents,” he added