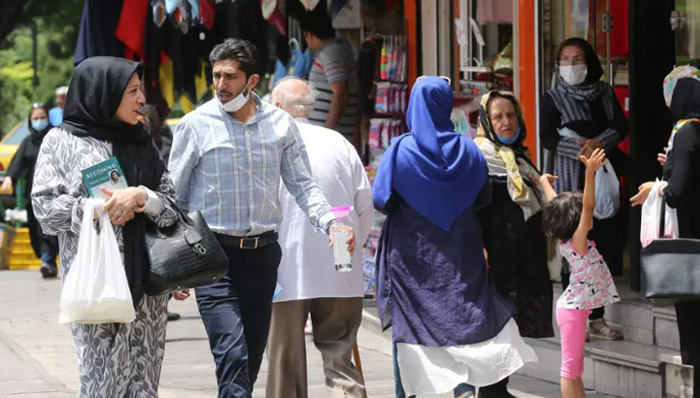 Iran on Tuesday lamented that people were ignoring social distancing rules as it reported more than 3,000 new coronavirus infections in a second cresting wave.

"The fact that people have become completely careless regarding this disease" was of great concern, said Health Minister Saeed Namaki.

"They either have total confidence in us or think the coronavirus has gone. The latter is not true at all," the ISNA news agency quoted him as saying.

His remarks came as health ministry spokesman Kianoush Jahanpour said 3,117 new cases were confirmed in Iran in the past 24 hours.

Infections have been on a rising trajectory in the Islamic republic since hitting a near two-month low on May 2.

Jahanpour said the virus had claimed another 64 lives in the past day, raising the overall death toll to 7,942.

The latest caseload was close to the highest daily count for the Middle East's deadliest outbreak of COVID-19.

The government has largely lifted the restrictions it imposed to stem the outbreak that first emerged in mid-February.

Experts both at home and abroad have voiced scepticism about Iran's official figures, saying the real toll could be much higher.