Quader keeps the door open on return to lockdown if needed 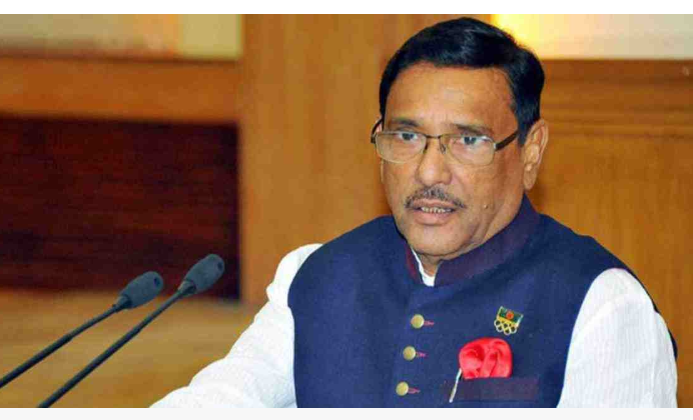 Road, Transport and Bridges Minister Obaidul Quader on Monday said the government can go tough again, as and when necessary, in its handling of the COVID-19 pandemic’s local outbreak.

Specially if the situation worsens in the coming weeks for not following health rules and lack of awareness among the general public, the government may well impose lockdown again, only this time with tougher enforcement, Quader hinted.

He was speaking at a video-conference from his residence with the officials and employees of the Department of Bridges at Setu Bhaban in the capital today.

“There could be a greater crisis if the health rules are not followed. I request the transport owners and workers to set an example of humanity in this situation,” Quader said.

Mentioning that the government has been coordinating the activities of all departments and agencies since the beginning of the crisis to prevent and minimise infections, treat the victims, increase test capacity and carry out relief activities, he said that the courageous and humane efforts of the Sheikh Hasina-led government to tackle the crisis are being appreciated all over the world.

On the other hand, BNP’s lack of coordination, their failure to stand by the helpless unemployed, and shameless, irresponsible statements are destroying the confidence of the frontline fighters and the victims, said Quader.

He called on the BNP to play the role of a responsible political party during this crisis.

Public transport on roads, river and rail routes resumed on Sunday while buses on highways started moving on Monday.

Passengers, transport workers, labourers were asked to maintain social distancing strictly while each bus and minibus was directed to keep 50 percent seats vacant.