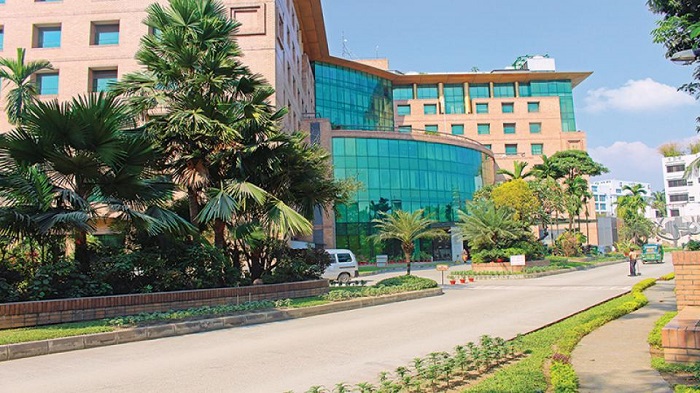 A writ petition has been filed with the High Court seeking cancellation of the license of United Hospital in Gulshan area of the capital.

The writ also sought a judicial probe into the fire incident at the corona isolation unit of United Hospital on the night of May 27 that left five Covid-19 patients burned dead.

The petitioners also sought a court order for paying adequate compensation to the victims’ families and appealed to issue a rule to the hospital authorities asking why murder case would not be filed against them for the death of five patients.

In the petition, Health Secretary, Director General of the Directorate General of Health Services and the authorities of United Hospital have been named as defendants.

The writ might be heard at the virtual High Court division bench of Justice M Enayetur Rahim.

United Hospital authorities set a temporary makeshift isolation unit beside the main hospital building for treating Covid-19 patients. On the night of May 27 a devastating fire broke out at that unit and all of the patients undergoing treatment there were burned to death.

Eyewitnesses told media that the hospital authorities did not take any step to rescue the corona patients from the fire though they had both time and opportunity.

Family members of the victims alleged that the negligence of hospital authorities had caused those tragic casualties.