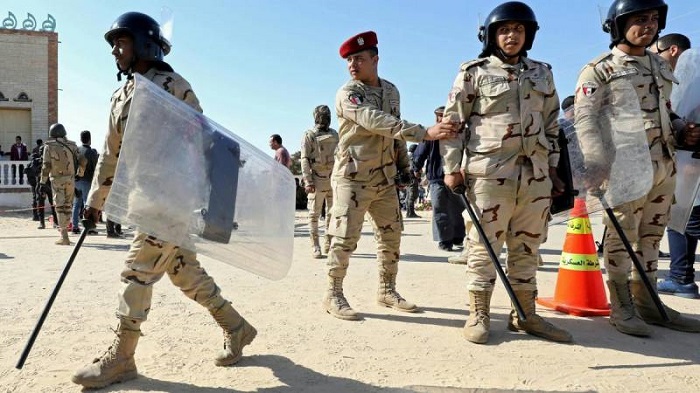 Egypt’s military said Saturday it killed 19 suspected militants in targeted ground and air operations as part of its
battle to quell a long-running insurgency in north Sinai.

In a video statement replete with a dramatic score released on its social media, the army said troops killed three “extremely dangerous” militants as well as 16 others in precision airstrikes on their “terrorist hideouts”.

Troops found troves of automatic rifles, hand grenades and rocket-propelledgrenades in posession of the militants, the army added.

Security forces have been battling a long-running Islamist insurgency in the Sinai Peninsula — in Egypt’s northeast — that is spearheaded by a local affiliate of the Islamic State group.

The fighting intensified after the military’s 2013 ouster of Islamist president Mohamed Morsi.

In February 2018, authorities launched a nationwide operation against militants, focused on north Sinai.

Around 970 suspected militants have been killed in the region along with dozens of security personnel, according to official figures.