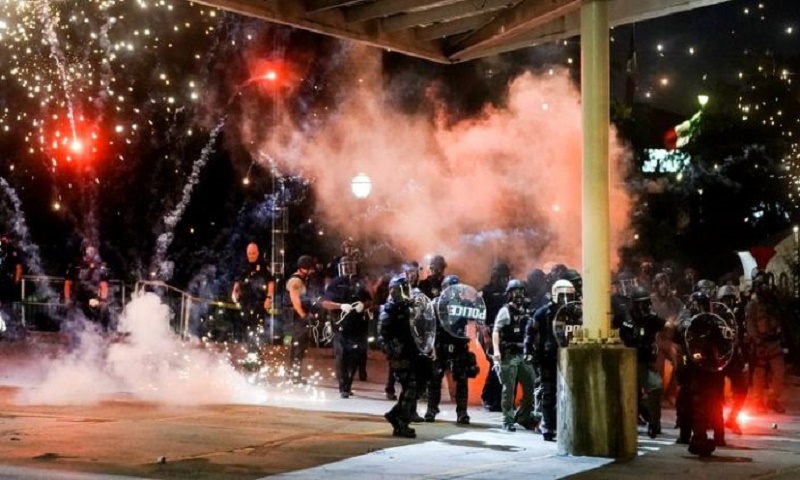 Curfews have been ordered in cities across the US in an attempt to stem the violent clashes between protesters and police over the death of George Floyd.

Widespread demonstrations have taken place, with riot police using tear gas and rubber bullets after their vehicles were set alight in several cities.

Mr Floyd, a 46-year-old African American, was killed while in police custody in Minneapolis on Monday.

Former policeman Derek Chauvin, 44 and white, has been charged with his murder and is due to appear in court on Monday.