Water body grabbers will not be spared: Atiqul 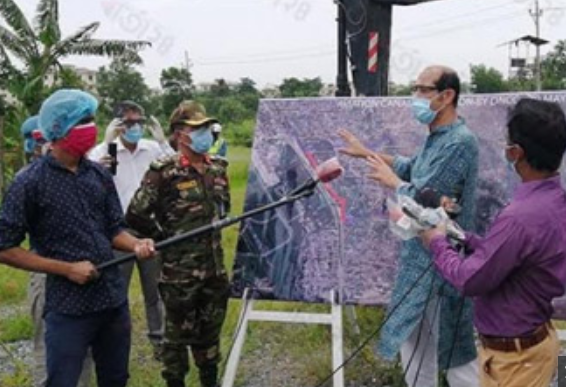 “Prime Minister Sheikh Hasina has announced ‘zero tolerance’ policy against those who fill up the water-bodies. So, none will be spared in this regard,” he said.

He came up with the remarks while speaking at the inaugural function of the ‘AD-8 canal excavation work’ near Civil Aviation Cemetery here on the opposite side of hotel Le M,ridien.

He said the canals and reservoirs which are being occupied illegally in the city must be recovered with the help of the people, adding: “It is not our matter of concern that how influential the occupier is in this.”

The mayor further said that the excavation work of the AD-8 canal will be completed within the next three weeks to resolve the water-logging in Ashkona area in the city, adding that Taka 3 crore will be spent to this end.