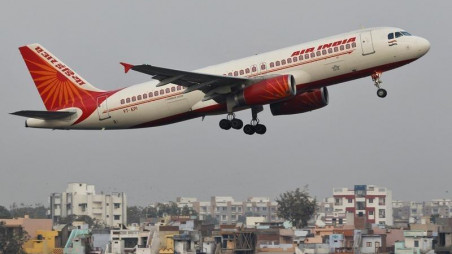 The aviation regulator DGCA will order a probe into a "lapse" after an empty Air India plane flying from Delhi to Moscow returned midway when the pilot was found infected with coronavirus.

The state-run carrier's ground team realised the pilot was a COVID-19 patient only after the Airbus A320NEO had taken off.

Sources in the Directorate General of Civil Aviation or DGCA said "prima facie, this appears to be a lapse" as the pilot was not supposed to be on the plane if he was found positive.

Air India conducts at least 200 coronavirus tests a day in Delhi alone for all its crew ahead of all flights that they operate. The results of these tests are centrally processed by the airline.

The Air India plane took off from Delhi after 7 am today and returned to the national capital at 12:30 pm, sources said.

The crew has been quarantined. Another plane will be sent to Moscow to bring back Indians, officials said.

"Air India this morning recalled its aircraft operating Delhi-Moscow without passengers immediately when it was noticed that one of the cockpit crew had tested positive in the pre-flight COVID-19 test," the airline said in a statement.

"On return, immediately after landing, all cockpit and cabin crew have been tested and all laid down medical precautions are being taken to ensure their health and safety. Another aircraft has taken off today to operate the Vande Bharat flight for Moscow to Delhi," Air India said.

Pilots are tested for coronavirus before they are allowed to fly.

So far 45,000 Indians have been flown home from abroad under the centre's "Vande Bharat Mission" that was launched on May 7 to repatriate stranded Indians amid the coronavirus pandemic, the Foreign Ministry said on Thursday. It said one lakh more will be flown home till June 13.