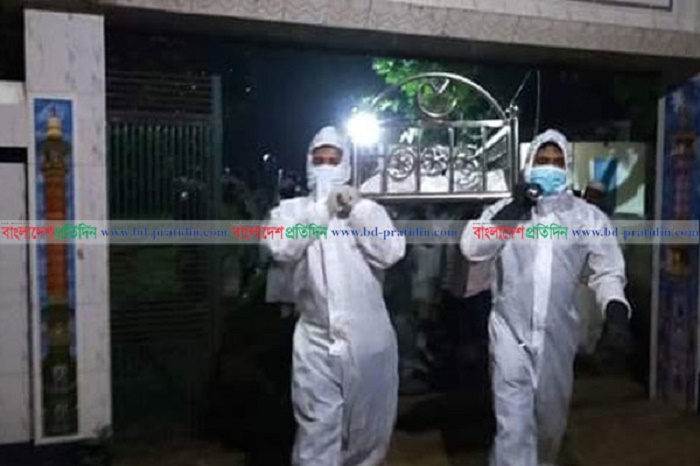 A team of Bangladesh Chhatra League (BCL) named ‘Ora Ekchallish Jon’ (41 persons) completed the burial activities. The former chairman of Zafarganj Union, who was elected for two times, was buried at the family graveyard at Hossainpur on Friday night.

Abu Kausar Anik said, “We have completed the burial of Abdus Salam Bhuiyan as per the religious rituals. We are trying to bid farewell to the deceased, who are being died after being infected with COVID-19, irrespective of their party, opinion and religion.”