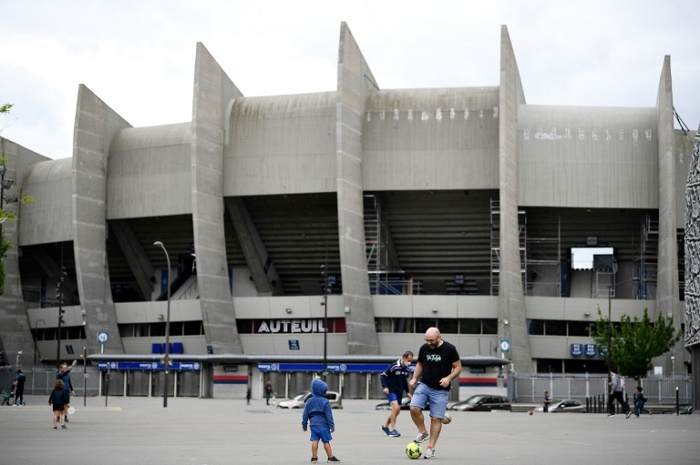 It is the land of the world champions, but is it really a football country? That is the question some in France have been asking this week while its European neighbours work to bring the sport back after the coronavirus shutdown.

Debate has raged ever since the French league decided to bring a premature end to the season in late April with 10 rounds of matches unplayed.

In contrast, a fortnight has already passed since the German Bundesliga restarted.

On Thursday Italy’s sports minister confirmed that Serie A will return on June 20, while La Liga and the Premier League both look set to be back underway by then.

“Like idiots” was the headline on the front of L’Equipe on Friday, as the sports daily questioned why such a hasty decision was made by the league (LFP) to end the season.

The LFP’s announcement at the time was based on French Prime Minister Edouard Philippe’s statement that the season “cannot restart” as the pandemic raged in late April.

However, France has been steadily easing its lockdown in recent weeks and Philippe stated on Thursday that team sports could restart after June 21.

“We will be the only major footballing country in Europe to stick to this decision and to have not conditioned it to the evolution of the pandemic and the easing of the lockdown,” wrote L’Equipe’s Vincent Duluc.

France has officially recorded nearly 29,000 deaths from Covid-19, far more than Germany but fewer than Italy or the UK and fewer than Spain per head of population.

France is not the only European football nation to have ended its season, with the Netherlands notably voiding the campaign altogether. Paris Saint-Germain were crowned champions for the third year running. Amiens and Toulouse were relegated and those clubs have since launched legal action.

However, the leading voice against the early ending has been Jean-Michel Aulas, president of Lyon. They were seventh when the season stopped in mid-March and so were denied European qualification.

Neither they nor PSG will now have any competitive action before the Champions League — in which both are still involved — is expected to restart in August.

“I am fully convinced that what has happened was not for the good of the clubs or French football as a whole,” Aulas told Le Parisien.

His chief argument has been economic. Earlier in May the league said it would have to take out a government-guaranteed loan of some 225 million euros ($250 million) to tide over clubs impacted by the loss in income from broadcasters because so many games were left unplayed.

While France’s national team won the World Cup for the second time in 2018, most of its leading players aspire to play abroad and the ongoing debate raises the uncomfortable question about whether its domestic league actually belongs in the same category as its rivals.

When it comes to talk of Europe’s ‘Big Five’ leagues, Ligue 1 is firmly in fifth place in terms of revenue.

The need to protect a more lucrative new TV deal set to kick in next season — by not allowing this season to drag on potentially into late August — has been cited as one argument in favour of the decision to stop.

PSG and Lyon are the only French clubs in the top 30 of Deloitte’s latest Football Money League.

There has only been one French winner — Marseille in 1993 — in the 65-year history of the European Cup. That is as many as Romania, Scotland and the former Yugoslavia, and Aston Villa.

While other countries that have been hit harder by the pandemic find ways to restart the football season by promoting arguments about the game’s economic and cultural significance, in France there is a feeling that it just doesn’t matter enough.

“Other countries have had interministerial meetings with important representatives from professional clubs, and they are restarting,” one Ligue 1 executive said.

“In France there have been none of those meetings. From afar, you could conclude that the state is not really interested in football.”