4.5 km of Padma Bridge visible after installation of 30th span 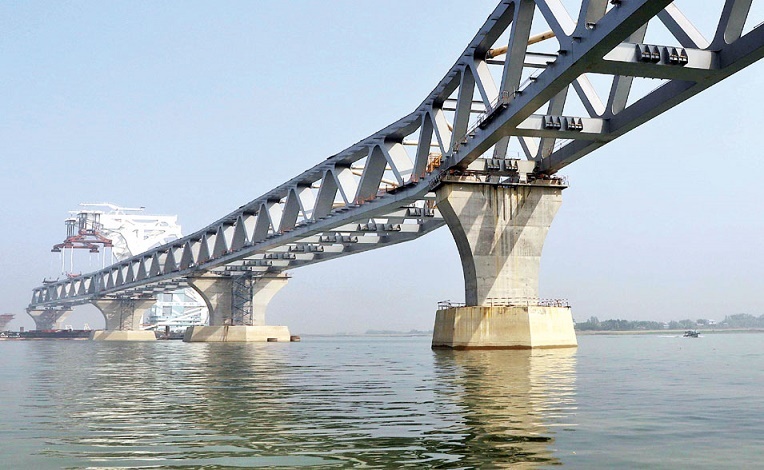 The 30th span of the 6.15-kilometre long Padma Bridge has been installed on the 26th and 27th pillars at the Jajira end in Shariatpur amid the nationwide shutdown to contain the spread of Covid-19.

The installation took place around 9:45am on Saturday morning, confirmed Dewan Md Abdul Kader, executive engineer of the mega project.

With the installation of the span, 4,500 metres of the main structure of the bridge has become visible.

Some adjustments are still going on and the ‘5-B’ span was transferred from the Mawa Kumarbhog Construction Yard on Friday, said Abdul Kader.

With this, thirty spans out of 41 have already been installed and the last two spans are soon to be sent to Bangladesh by China, added the official.

As per the project details, the construction of the 6.15-kilometre long Padma Bridge is going on in full swing amid the nationwide shutdown with the target of completing it within the stipulated time.