Horse racing back on track as Moscow lockdown eases 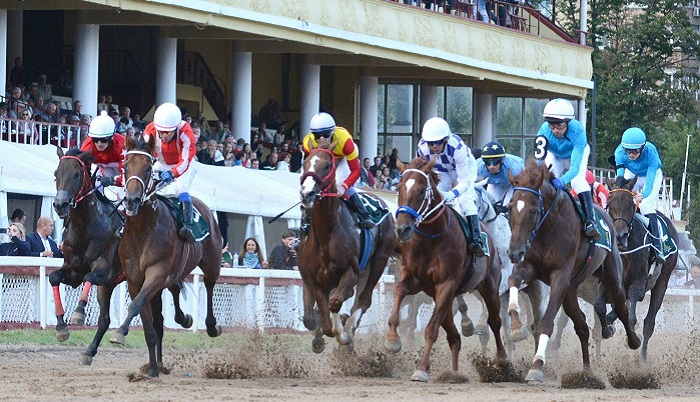 Since mid-May, Russia's main racecourse has echoed to the shouts of jockeys and the pounding of hooves, while the stands remain empty.

Horse racing was the first sport allowed to resume in the Russian capital as part of the easing of coronavirus restrictions.

At the Central Moscow Hippodrome, spectators are not allowed into the stands but they can stream the races live and place bets online.

At weekends the hippodrome holds both flat races and trotting events, where drivers race around on horse-drawn carts known as sulkies.

Alexander Losev, head steward at the Hippodrome, said the jockeys are performing to the best of their abilities because they know spectators are watching them online.

"Of course it's a pity that stands are empty, that the riders and horses cannot hear the buzz of the stands," Losev told AFP.

He compared the jockeys to "artists," saying they get inspiration and "an adrenaline rush" when they see stands full of people.

"This is of course a different game," Losev said.

Before re-opening, the hippodrome held a number of qualifying races in April, said Losev, stressing that it was important for horses to exercise.

"Horses cannot be idle -- they are not cars that can be parked in a garage," he said.

"Horses should work, they are athletes."

Jockey Andrei Vilkin said he and his colleagues were trying to observe social distancing and wearing masks and gloves to protect themselves against the virus.

But he said the jockeys were not overly worried.

"This does not affect us so much because it's the horses that are running and not us, and they probably don't catch the coronavirus," Vilkin told AFP.

The first horse races were held in Moscow in 1834 and the hippodrome is one of the city's most distinctive landmarks.

Racetracks were the only places where gambling was permitted in the Soviet Union.

Some industry experts expect the equestrian sports to grow in popularity thanks to the lockdown.

During the sports shutdown, with Russian soccer's Premier League only set to resume action in late June, many gamblers have started betting on horses.

"I think their numbers will grow."