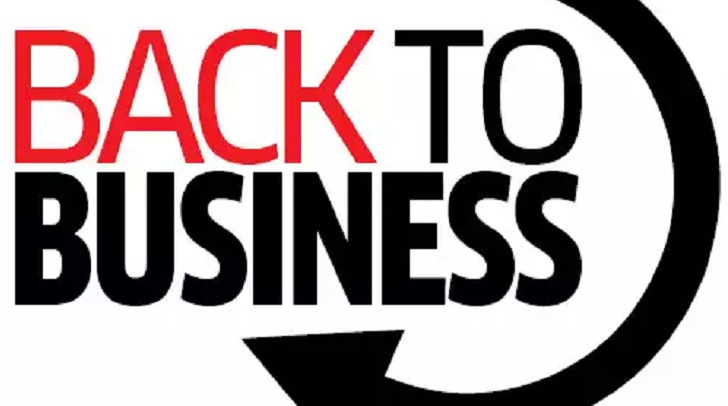 Despite bitter criticism by the opposition political parties, the government has decided to reopen different sectors on a limited scale from Sunday to save the economy and help people overcome the ongoing hardship caused by the COVID-19 pandemic.

Ruling Awami League insiders say there is no alternative to reopening the economy to mitigate the disruptions caused by the coronavirus crisis.

The government has been moving forward with two targets--- to help people overcome the ongoing economic hardship and to keep the wheels of the economy running, they said.

They also acknowledge that there is a high risk of coronavirus spread but the government must put an end to the long-stretched holiday for the sake of the country’s economy and help people get back to income-generating activities.

Awami League general secretary Obaidul Quader on Thursday said the government decided not to extend the general holiday in consultation with experts.

“Prime Minister Sheikh Hasina has taken the decision for the sake of the people and for keeping the wheels of economy running,” he said.

Opposition political parties, including the Bangladesh Nationalist Party, criticized the move despite a growing trend in coronavirus cases.

Main opposition Jatiya Party, however, lauded the decision saying that it is a timely decision.

“We have been asking the government to relax the lockdown for the sake of the poor people and the economy,” JP Chairman GM Quader said in a statement.

But BNP and its allies bitterly criticized the government saying that the decision may bring a catastrophe.

Leaders of other political parties termed the government’s decision as suicidal.

“The government’s decision of withdrawal of general leave may be suicidal,” Bangladesh National Awami Party said in a statement.

Bangladesh has so far reported 582 deaths with at least 42,844 confirmed cases.

After the first death reported in Bangladesh on March 18 due to COVID-19, the government slowly went for shutting down the country to check the spread of the virus and finally announced the general holiday to contain the pandemic.

The government on March 23 declared a 10-day national holiday for the first time for all public and private offices, except emergency services, from March 26 to April 4 to control the spreading of the deadly virus.

Amid the rise of the coronavirus cases, the general leave has been extended till May 30.

AL seniors leader opine that it is no way possible to extend the holiday for an indefinite period.

“If the practice continues, the economy will be destroyed,” an AL presidium member said, hoping that the government must be successful in its attempt.

The Cabinet Division on Thursday issued a notification mentioning that all government, semi-government, autonomous bodies and private offices will conditionally remain open between May 31 and June 15.

Going by the conditions and ensuring health guidelines, public transport, including water vessels and railways with a specific number of passengers can also be operated during the time, said the notification, adding that the Civil Aviation Authority of Bangladesh could think of resuming its operation under its own management.

But the educational institutions will remain closed.