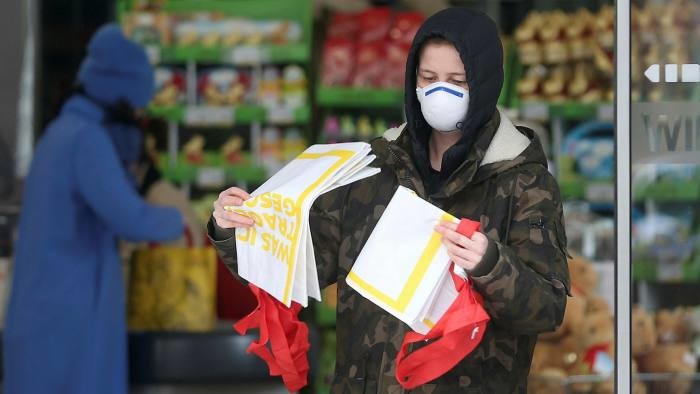 Austria announced Friday that wearing face masks will no longer be mandatory in shops from mid-June as the country enters a fresh coronavirus phase of "fewer rules, more self-responsibility".

Covering the mouth and nose will only be mandatory in public transport, health facilities including pharmacies and in places where social distancing rules are hard to keep, such as hairdressers, said Chancellor Sebastian Kurz.

"We are on a good path in Austria,... so we can begin the next phase -- fewer rules, more self-responsibility," he said.

However, he warned that while numbers of new infections had subsided, they could shoot up again quickly, urging citizens to use "common sense" to avoid posing a risk to others.

The relaxation of mask-wearing rules will take effect on June 15, when restaurants will also be allowed to stay open until 1 am.

When restaurants and cafes initially reopened earlier this month, they had to close at 11 pm.

The current limit of four adults per table will also be abolished.

On Monday neighbouring Slovenia will also drop the requirement to wear a face mask, but continues to recommend their use in situations where social distancing isn't possible.

All hotels will also be allowed to reopen on Monday, as well as fitness clubs and swimming pools.

Public gatherings of up to 200 people will also be allowed from next week, while all students except for those in secondary schools will be able to return.

The country of two million people has reported 1,473 cases and 108 deaths as of Friday -- no change on the previous day.

Meanwhile Austria -- with a population of nearly nine million -- on Friday had a rare day with no new COVID-19-related deaths reported.