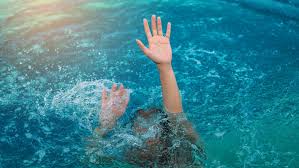 The deceased were identified as Saurav Islam, 17, son of Nazmul Islam and Rahim Islam, 18, son of Babul Mia and students of Thakurgaon District School.

Khansama Fire Service and Civil Defence officer Nazmul Haque said the duo along with their friends were taking a bath in the river at 1:30 pm and went missing after a while.

Later, in the afternoon Fire Service men recovered their bodies from the river, he said.