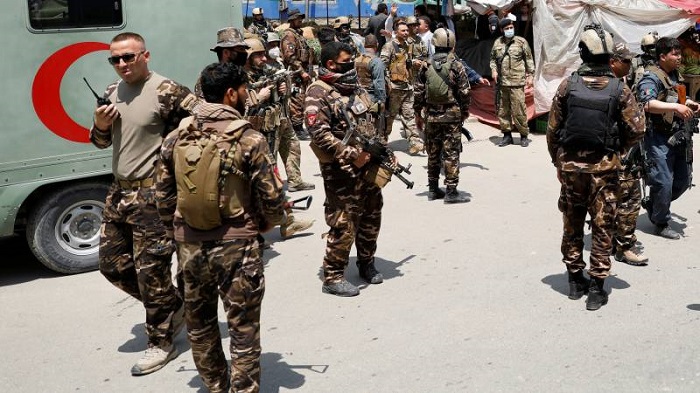 Taliban fighters stormed an Afghan border post on Friday, killing at least 14 security force members, the insurgents and officials said, the latest in a series of attacks since the end of a brief ceasefire.

Despite the clashes, Afghan authorities have vowed to press on with efforts to help reduce violence following the temporary pause in fighting.

"Last night the mujahideen carried out attacks against the newly established posts of the enemy in Dande Patan district of Paktia province," Taliban spokesman Zabihullah Mujahid said on Twitter.

"The enemy has been recently trying to expand its rule in mujahideen territories," he said, adding that two Taliban fighters were also killed.

Officials had also accused the Taliban of carrying out two other raids on separate checkpoints on Thursday, killing 14 Afghan security force members, but the Taliban have not commented on those attacks.

A three-day truce offered by the militants officially ended late on Tuesday, with the overall lull in the country's grinding violence largely holding, officials and experts have said.

"The detente that started during Eid ul-Fitr continues despite reports of scattered incidents to the contrary," he said on Twitter.

"A ceasefire is a complex operational undertaking that requires significant and ongoing coordination to avoid incidents. Those efforts will continue."

Afghan authorities have responded to the formal ceasefire by pushing forward with an agreed prisoner exchange, releasing some 1,000 Taliban prisoners this week, with plans to release more in the coming days.

As part of the ongoing swap, the militants on Thursday released 80 Afghan policemen and soldiers they had been holding captive.