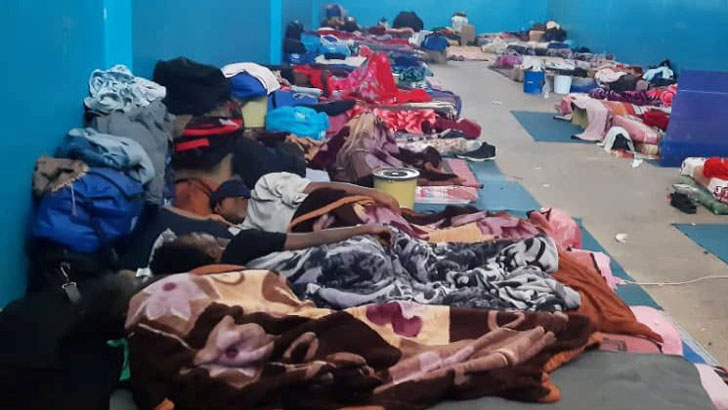 The International Organization for Migration (IOM) on Thursday deplored killing of 30 trafficked migrants, including 26 Bangladeshis, in western Libya.

"The tragedy that occurred is a smuggling warehouse in Mezda, near the city of Gharyan, southwest of Tripoli where a group of migrants were being held. Eleven migrants who sustained severe injuries have been rushed to the hospital," the IOM said in a statement.

The IOM called on Libyan authorities to immediately launch an investigation to bring those responsible to justice.

The agency also called for urgent establishment of an alternative safe disembarkation scheme for migrants rescued at sea and returned to Libya, providing them with a port of safety, and guaranteeing their needs and protection.

"This senseless crime is a bleak reminder of the horrors migrants have to endure at the hands of smugglers and traffickers in Libya. These criminal groups are taking advantage of the instability and security situation to prey on desperate people and exploit their vulnerabilities," said IOM Libya Chief of Mission Federico Soda.

After the fall of Muammar Gaddafi's government in 2011, Libya has become a preferred point of departure for thousands of illegal immigrants hoping to cross the Mediterranean towards European shores.