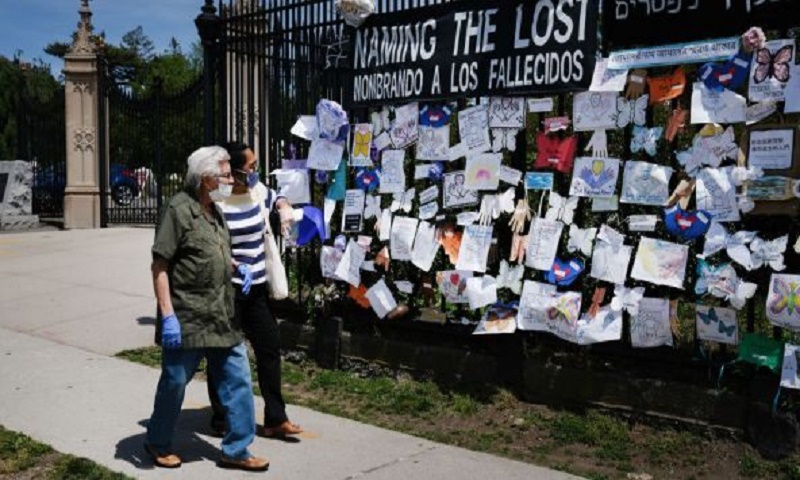 The US has passed 100,000 deaths in the coronavirus outbreak in less than four months.

It has seen more fatalities than any other country, while its 1.69 million confirmed infections account for about 30% of the worldwide total.

The first US infection was reported in Washington state on 21 January, BBC reported.

Globally there have been 5.6 million people recorded as infected and 354,983 deaths since the virus emerged in the Chinese city of Wuhan late last year.

The US death toll stands at 100,276, according to Johns Hopkins University in Maryland, which has been tracking the pandemic.

Twenty states reported a rise in new cases for the week ending on Sunday, according to a Reuters study.

North Carolina, Wisconsin and Arkansas are among those seeing a steady rise in cases.

The caseload remains stubbornly high in a number of metropolitan areas, including Chicago, Los Angeles and suburban Washington DC.

Some hard-hit states are seeing a drop in death rates, including New York, where 21,000 residents have died.