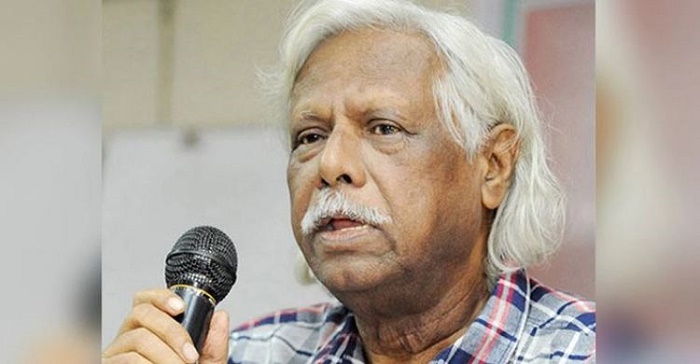 Talking to media on Wednesday, Zafrullah said he was administered with 200ml of O+ blood at Gonoshasthaya Kendra Nagar Hospital on Tuesday afternoon following a regular kidney dialysis.

He said the plasma was collected from Dhaka Medical College Hospital.

“I’m now feeling better. My fever has gone down, but I still have a bit coughing problem and I’m taking hot water alongside medicine,” he said.

Zafrullah said he underwent antigen test with the kit developed by the Gonoshasthaya Kendra on Sunday as he was suffering from fever and the result was positive.

He said he also got an antibody test using the kit developed by Gonoshasthaya Kendra on Tuesday and found positive for the virus.

He said he was informed by the Prime Minister’s Office that a cabin has been booked for him at the Dhaka Medical College Hospital. “I told them that I’d receive treatment at home.”

Zafrullah said BNP Chairperson Khaleda Zia sent some fruits for him and enquired about his health condition through her personal assistant on Tuesday.