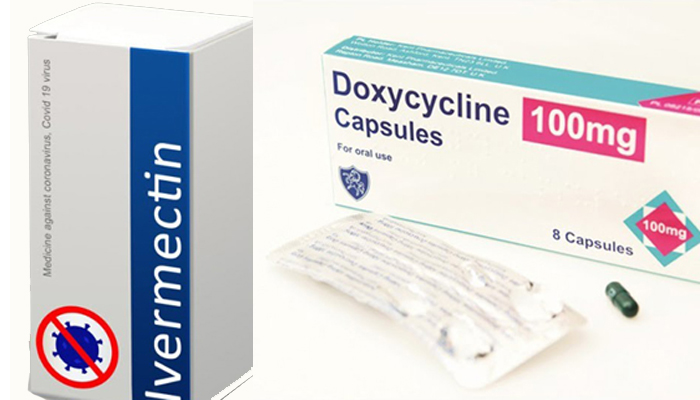 The two-drug combination that initially yielded encouraging results while applied on COVID-19 patients by a senior doctor of Bangladesh Medical College Hospital (BMCH), now awaits clinical trial while doctors at different facilities said they were unofficially using the matching, observing their effectiveness.

“We now await official approval to carry out clinical trial of the combination,” said Dr Rubaiul Morshed, a member of the medical team led by BMCH head of medicine Professor Tarek Alam that last week claimed to have got “astounding results” of the matching.

Morshed said the team submitted a letter to Bangladesh Medical Research Council soon after getting miraculous results of the combination to exhaust subsequent formalities and experiments for the mandatory clinical trial for the combination of anti-parasite Ivermectin and anti-biotic doxycycline.

Head of National Advisory Technical Committee on COVID-19 and president of regulatory Bangladesh Medical and Dental Council Professor Dr Mohammad Shahidullah, meanwhile, acknowledged the initial findings of the two-drug combination saying eventually it could appear as a major medical advancement.

“A research team got good result for treatment of coronavirus patients through their observation but a randomised control trial (RCT) needs to be conducted for assessment of the effectiveness of the combination,” Shahidullah said.

But, he said, the BMCH team’s finding was just an “observation” which now needed more trials by other medical teams following scientific research protocols.

Shahidullah said the relevant sub-committee was asked to review the BMCH findings alongside the effectiveness of Convalescent Plasma Therapy, another treatment method by now being experimented across the globe.

But doctors at the central police hospital said their findings in experimenting Ivermectin combination with doxycycline in a regulated method replicating Tarek Alam’s formula yielded good result from late April.

“We are applying the two medicines alongside other drugs . . . mortality rate is less than one percent in our hospital while the national fatality rate is 1.4 percent,” Central Police Hospital chief and police’s deputy inspector general Dr Hasan Ul Haider told BSS.

Haider said his hospital counts on the combination while they continued to use Ivermectin and doxycycline since April 23 along with other medicines but still not very sure about the extent of the effectiveness of the combination.

“Over 1000 patients were discharged from the hospital after their recovery. But it is difficult to say which medicines work for curing COVID-patients.”

Alam earlier said his team prescribed the combination to 70 COVID-19 patients and all of them recovered in less than a week, though he himself called the result an initial “observation”.

He said despite being a non-COVID-19 facility a huge number of patients directly and indirectly reported to BMCH, the country’s premier private general hospital when they were prescribed the combination of the two low-cost drugs.

Alam’s team said the frequently used antiprotozoal medicine ivermectin in a single dose with Doxycycline, an antibiotic, yielded virtually the near miraculous result in curing his patients with COVID-19.

IEDCR advisor Dr Mustaq Hossain appreciated the development but echoed Shahidullah saying research protocols must be carried out to make for the scientific proof and effectiveness of the combination.

“If these medicines work for critically ill COVID-19 patients, then it will be considered as a breakthrough for treatment of the virus,” he said.

The directorate general of health services (DGHS), meanwhile, in their routine daily briefing today reported 22 more COVID-19 deaths in the past 24 hours when 1,541 people were found to be infected by the virus.