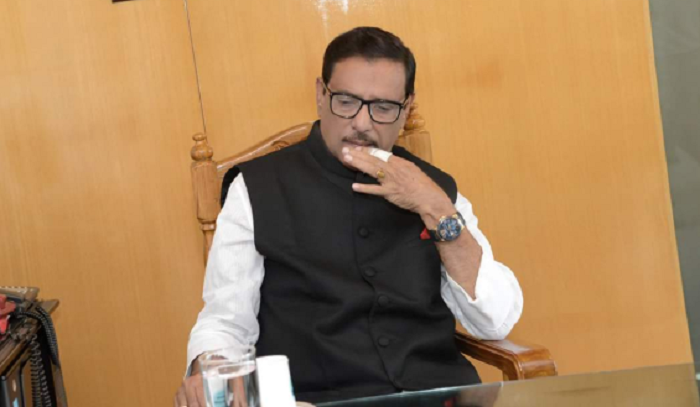 Awami League (AL) General Secretary and Road Transport and Bridges Minister Obaidul Quader said BNP is now staying in ‘political isolation’ as the party practices the politics of maintaining ‘safe distance’ from any disaster happened in the country.

“BNP does politics of keeping safe distance from any kind of disaster in the country. The people of the country did not to see it (BNP) as a responsible political party which stands beside the jobless and helpless
people. They stayed in political isolation,” he said.

He said this in a video message from his official residence at the parliament area here.

The minister said BNP’s strategy is to create economic stagnation and hinder the livelihood of the people by keeping their lives and the country at stake.

Mirza Fakhrul did not want to explain what he meant by ‘lack of coordination’ as he tried to confuse the people with his clever words, the minister added.

Lauding the prudent leadership of the Prime Minister Sheikh Hasina, he said: “With skills and cooperation of all, Sheikh Hasina’s government is trying to balance between life and livelihood by discussing with the experts in the country.”

He said that the opposition political parties in different countries of the world have taken various initiatives including formation of corona-fund and launching of helpline but BNP could not do any of this which indicates that it (BNP) has no responsibility towards the people of the country.

However, the government has given instructions for testing those kits invented by Gonoshasthaya for the sake of public health as the government always welcomes and encourages any kind of people’s welfare related innovation , he added.

He urged all to maintain health rules for safety purpose in the wake of coronavirus pandemic.