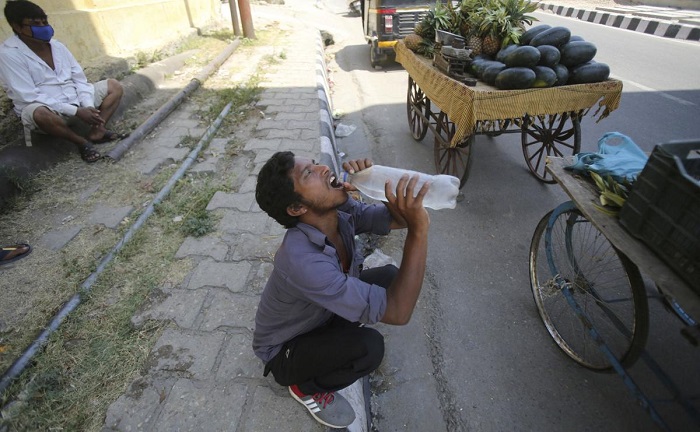 India is wilting under a heatwave, with the temperature in places reaching 50 degrees Celsius (122 degrees Fahrenheit) and the capital enduring its hottest May day in nearly two decades.

As global temperatures rise, heatwaves are a regular menace in the country — particularly in May and June. Last year dozens of people died.

Met officials said Churu in the northern state of Rajasthan was the hottest place on record on Tuesday, at 50 Celsius, while parts of Punjab, Haryana and Uttar Pradesh sweltered in the high 40s.

Parts of the capital, New Delhi, recorded the hottest May day in 18 years with the mercury hitting 47.6 Celsius.

No deaths have been reported so far this year, but last year the government said the heat had killed 3,500 people since 2015. There have been fewer fatalities in recent years.

The country of 1.3 billion people suffers from severe water shortages with tens of millions lacking running water — to say nothing of air conditioning.

Parts of Delhi and elsewhere regularly see scuffles when tankers arrive to deliver water. Last year Chennai made international headlines when the southern city ran out of water entirely.

The heatwave adds to problems the country already has dealing with the spread of coronavirus.

India now has the 10th highest number of coronavirus cases globally, climbing above 150,000 on Wednesday with almost 4,500 deaths.

Huge swarms of desert locusts, meanwhile, have destroyed nearly 50,000 hectares (125,000 acres) of crops across western and central India, and may enter Delhi in coming days.

The north-eastern states of Assam and Meghalaya are also currently experiencing floods, with more heavy rainfall forecast in the coming days.