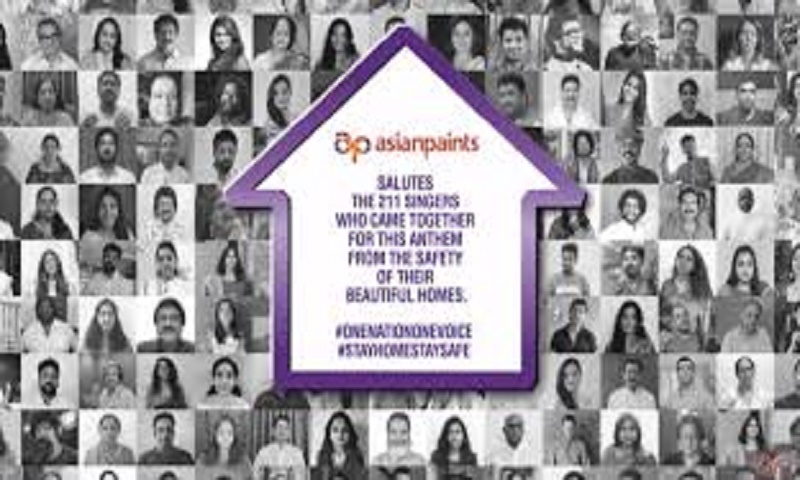 Ever since COVID-19 hit India and was, around the same time, declared a pandemic by the WHO, the entire country has come together to fight it in multiple ways- by donating to the PM Cares Fund, by donating PPEs to doctors and health workers, and by supporting the not-so-privileged class that has suffered due to the lockdown by providing them ration and support kits, India Today reported.

Asian Paints is one such name that is back in the news for its support to the PM Cares Fund by being the key sponsor of the ‘One Nation One Voice Anthem’ dedicated to Corona warriors.

Released on Sunday, May 17, the anthem is a brainchild of popular singers Sonu Nigam and Srinivas, and Sanjay Tandon, the CEO of ISRA. Titled Jayatu Jayatu Bharatam, Vasudev Kutumbakkam, this song breaks all records by bringing together 200 singers from the Indian Singers Rights Association (ISRA) a capella rendition in 14 languages and is the largest anthem platform ever.

It is important to note that Asian Paints has already committed 35 crores to fight COVID -19 to the PM Cares fund and other CM funds across various States.