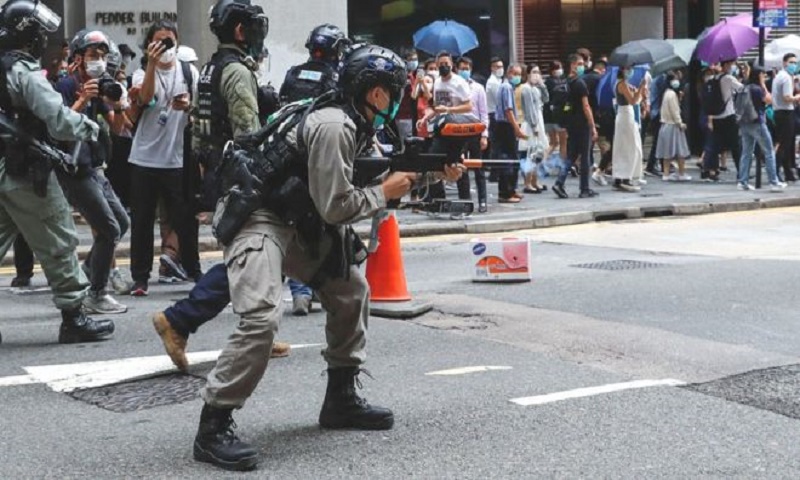 Protesters were rallying against a bill on China's national anthem and Beijing's planned introduction of a national security law.

Police said the arrests were on suspicion of unauthorised assembly, BBC reported.

Protesters oppose the anthem bill, which would criminalise insulting it, and the security law, which they fear will strip Hong Kong of basic freedoms.

How did the protests play out?

The initial call by demonstrators had been to gather at the Legislative Council (Legco) building in the Central district. But it had been surrounded by riot police and blocked off by water-filled barriers and large protests there failed to materialise.

MPs there have been debating the second reading of the national anthem bill.

Protesters took to the streets, blocking traffic in both Central and Causeway Bay. Police said on a Facebook post they had arrested 180 people there.

They later added that another 60 had been arrested in the Mongkok district for blocking traffic.

Other arrests were made for suspicion of possessing offensive weapons, including petrol bombs.

Marches and protests have taken place in a number of other districts.