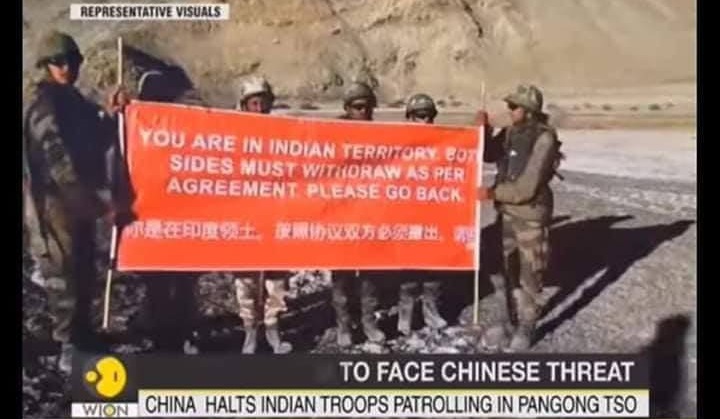 The report noted that dialogue is frozen, with the Chinese rebuffing Indian calls for flag meetings to resolve the situation.

“The most worrying situation is in the Galwan valley, where the PLA has crossed China’s own claim line (which Beijing had stated was the border with India), and breached 3-4 kilometres into Indian territory. PLA troops are digging defences to equip themselves to face any Indian attack,” the newspaper report added.

A China defence website with close links to the PLA has claimed that the entire Galwan River valley is a part of China.

Stating that: “The Indian side crossed the line in the Galwan valley… and unilaterally change the status of the border, the website claimed: “ The Galwan valley is a Chinese territory, and the local control situation is very clear.”

According to the report this follows a previous pattern. China had systematically eroded Galwan’s status starting 1956, followed by an official claim in 1960 and then by military action during the 1962 war.

Earlier the newspaper had reported that on May 5, some 5,000 Chinese troops crossed into the Galwan River valley, followed by another incursion in similar numbers into the Pangong Lake sector on May 12. Simultaneously, there were smaller incursions near Demchok, in Southern Ladakh and in Naku La in North Sikkim.

Four days after the Galwan intrusion, China’s second intrusion began on May 9 in Naku La, in northern Sikkim, also across a settled Sikkim-Tibet border. Some 200 Chinese soldiers temporarily occupied Indian territory, but have now withdrawn to the Chinese side and have pitched up tents.

In the third intrusion, which took place near the Pangong Lake on May 12/13th, thousands of Chinese soldiers occupied disputed territory between Finger 8 and Finger 4. By May 18, the Chinese had taken over the so-called Finger Heights.

“While this intrusion is not into territory that Beijing has previously recognized as Indian, there is now – for the first time – a Chinese flag flying on the hill features overlooking the lake. India’s so-called Dhan Singh Post, which was built after the 1962 war, is the last Indian post standing in that sector,” says the report.

Adding that the Indian army has been slow to react. Indian troops have deployed in the vicinity of the PLA incursions, but there are no attempts to outflank Chinese positions. In addition one-to-two Indian brigades have begun moving into the area over the last 2-3 days.