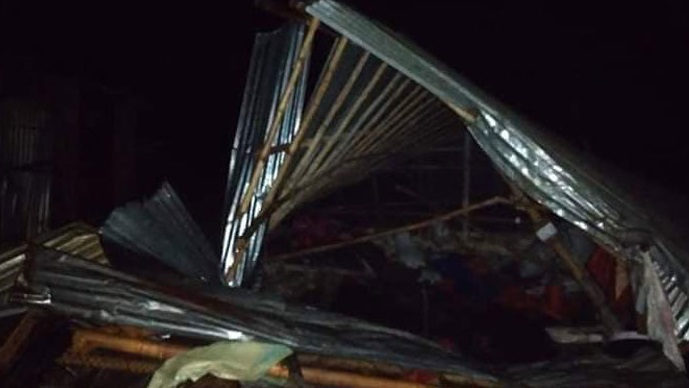 At least four people, including a mother and her two sons, were crushed to death by falling trees and collapsing walls after as a storm swept in Joypurhat on early Wednesday.

The deceased were identified Shilpi Begum, 27, in Khalishagari village and her two sons Newaz Mia, 7, and Niyamul Hossain, 3, and Mariam Begum, 70, in Harunja village.

A tree fell on the house of Joynal Mia causing the walls to collapse, injuring Joynal’s wife Shilpi and their two sons. They later died at Khetlal Health Complex.

Joynal survived as he was in the other room of the house.

Khetlal Police Station OC Siddiqur Rahman confirming the matter said the mother was sleeping in the same room with his two children at night. When the storm started, a tree next to their house falls on the tin shed house leaving them seriously injured.

Neighbours later rescued the mother and two children and took them to the Upazila Health Complex. While undergoing treatment there, first Newaz and later Shilpi and Niamul also died.

In a similar incident around the same time, a tree uprooted by the storm fell on Mariam’s house. She died after the walls of the house caved in.

The local administration provided Tk 5,000 for the burial of each of the dead and will provide Tk 15,000 more, said Deputy Commissioner Mohammed Zakir Hossain.