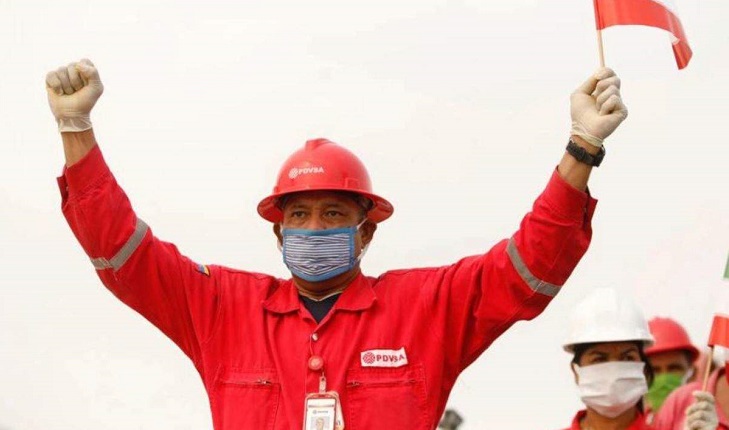 The second tanker to dock in Venezuela amid an acute gasoline shortage, "Forest", arrived at the Paraguana refinery complex in northwest Falcon state, Oil Minister Tareck El Aissami wrote on Twitter. He also shared photos of the vessel at the dock.

Data from the website Marine Traffic confirmed the location of the ship, which entered Venezuelan waters on Monday.

The Paraguana refinery, the largest in Venezuela and one of the largest in the world, can process 950,000 barrels of fuel per day, but its production has plummeted alongside the country's crude supply.

The first ship, "Fortune", had anchored 24 hours earlier at El Palito refinery on Venezuela's northwest coast, which is able to process 140,000 barrels a day.

The tankers "bring fuel, additives and spare parts, among other equipment, to increase our capacity for refining and oil production," El Aissami said Monday.

Venezuela has been in recession for six years, its economy in shambles and its citizens struggling with shortages of basic necessities such as food and medicines.

US sanctions have targeted Venezuelan oil exports, starving Caracas of vital income. The US has also sanctioned El Aissami and accused him of drug trafficking.

Venezuela is almost entirely dependent on its oil revenues but its production has fallen to roughly a quarter of its 2008 level.

Venezuelan president Nicolas Maduro's government blames that on US sanctions, including against state oil company PDVSA, but many analysts say the regime has failed to invest in or maintain infrastructure.

Last month, the oil ministry revealed that the price of Venezuelan crude had fallen to its lowest level in more than two decades, at less than $10 a barrel. Last year it averaged $56.70.

A third tanker, "Petunia", entered Venezuelan waters Tuesday, military officials announced, and two other tankers -- "Faxon" and "Clavel" -- are expected in the next two days.

The ships carry a total of 1.5 million barrels of gasoline, according to press reports.