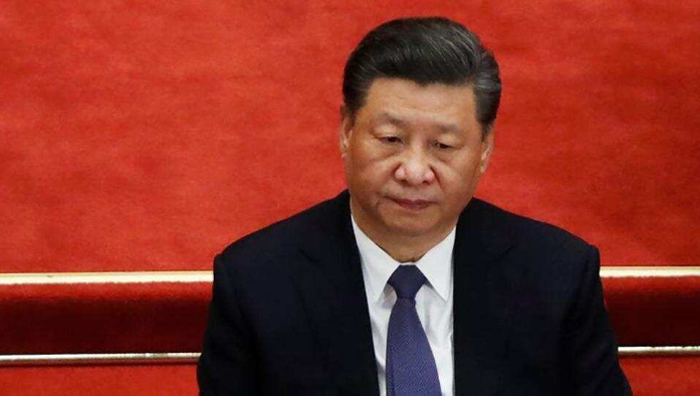 Chinese President Xi Jinping on Tuesday directed China’s armed forces to strengthen training of troops and to be ready for war amid coronavirus disease (Covid-19) pandemic’s visible impact on the world’s most populous country’s national security.

State media reports quoted the Chinese premier as saying that it was important to “comprehensively strengthen the training of troops and prepare for war”, “resolutely safeguard national sovereignty” and “safeguard the overall strategic stability of the country”.

Xi’s speech comes amid rising tension with the US, frequent references by local politicians and diplomats of reunifying Taiwan, if necessary by force, and the likely implementation of a new – and controversial – security law meant to crack down on pro-democracy dissidents in the special administrative region of Hong Kong.

Two days back, China’s top diplomat Wang Yi, heavily criticised the efforts of some US politicians to fabricate rumours and stigmatise China to blame it for the pandemic.

The US, Wang said, is pushing relations with China to “the brink of a new Cold War”. Chinese state councillor and foreign minister also rejected US “lies” over the coronavirus.

Tension is also escalating with India with troops from the two countries clashing along different areas along the 3,488 kilometre-long disputed border especially, in Ladakh, in May.

Both armies are said to have deployed additional troops in sensitive areas along the boundary with experts predicting a lengthy standoff.

Xi said that China’s performance in fighting Covid-19 has shown the success of military reforms and the armed forces should explore new ways of training, despite the pandemic.

Xi, who chairs China’s powerful Central Military Commission (CMC), made the comments at a meeting of the delegation of the People’s Liberation Army (PLA) and People’s Armed Police Force (PAPF) on the sidelines of the annual session of the National People’s Congress (NPC), the country’s parliament.

Xi added that it was necessary to make preparations for military struggle, “…to flexibly carry out actual combat military training, and to comprehensively improve our military’s ability to carry out military missions”.

Xi, according to the state media, pointed out “…this epidemic prevention and control struggle is a practical test for national defence and military reform, fully embodies the effectiveness of the reform, and also puts forward new requirements for reform”.

Xi’s strongly-worded speech coincided with a series of “unverified” photographs and videos being uploaded on Chinese social media platforms showing Beijing’s second aircraft carrier -- the country’s first indigenously built one -- leaving its shipyard for a sail on Monday.

“The move, if verified, will mark the aircraft carrier, the Shandong’s first known voyage in five months since being commissioned in December and later returning to the shipyard for maintenance,” a state media report said.

Separately, a military spokesperson said on Tuesday that a moderate and steady increase in the nation’s defence expenditure is right, proper, and necessary.

It was announced last week that China has set its annual defence budget growth target at 6.6 percent, as compared to 7.5 percent last year.

China has both economic and military development in mind and national defence should be developed in coordination with economic development, said Wu Qian, PLA spokesperson. Beijing’s homeland security and overseas interests are also facing some real threats, Wu added.