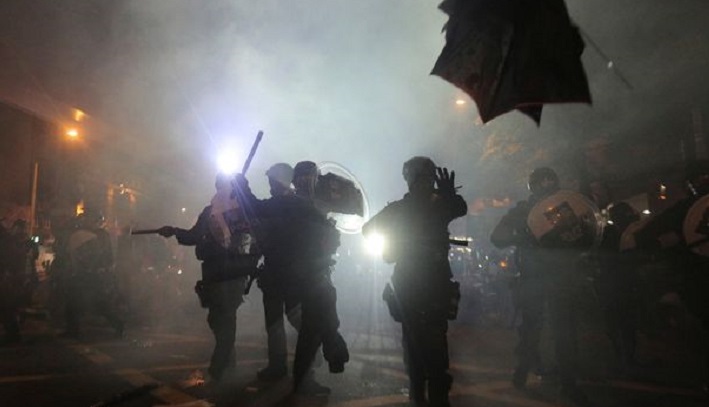 Ofcom said it was "minded" to sanction the Chinese state channel after hearing its defence.

The most serious breaches are punished in Britain with fines and -- in case of repeat or especially egregious violations -- license suspensions.

The announcement comes during a cooling in relations between London and Beijing.

Prime Minister Boris Johnson is under pressure from top ministers to reduce China's leading role in the roll out of Britain's speedy 5G mobile data network.

"We are fully committed to upholding Hong Kong's autonomy and respecting the one country two systems policy," a Downing Street spokesman said.

The five CGTN programmes cited by Ofcom were all aired during a seven month spell last year when Hong Kong was upended by huge and often violent pro-democracy protests.

"Various news items on protests in Hong Kong were not duly impartial on a matter of major political controversy and a major matter relating to current public policy," Ofcom said in a 61-page report.

Ofcom said it has been in contact with CGTN about the programmes and now studying the channel's defence of the case.