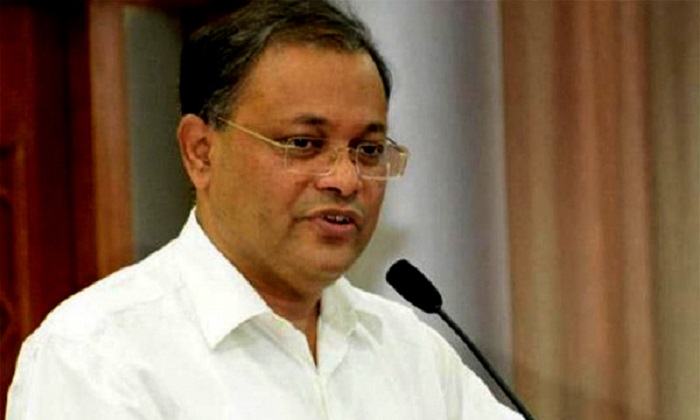 Information Minister Dr Hasan Mahmud urged BNP to come forward to combat the prevailing coronavirus (COVID-19) crisis together with the government, shunning the politics of criticism and hatred.

“It’s regretful that BNP could not shun the politics of criticism and hatred even on the Eid day… I would like to urge the BNP leaders to come forward along with the government to combat the prevailing situation. This is not the time of criticism,” he said, addressing a discussion at the auditorium of Dhaka Reporters’ Unity (DRU) in the capital.

DRU organized the discussion marking the 25th founding anniversary of the organization with its president Rafiqul Islam Azad in the chair.

The minister said not only Bangladesh, the developed countries are also in trouble in combating the global pandemic.

He said no country was prepared to face the epidemic. “And now, every country is facing the global pandemic with united efforts. The opposition parties in other countries are advising (their governments), not criticising blindly,” said Hasan, also Awami League joint general secretary.

About the role of reporters, the minister said the reporters are the heart of media. “A single report or a video clip can open the third eye of society. So, publishing a good report with correct information is very crucial,” he added.

“I need your overall cooperation and I seek your support to discharge my duties,” he said, adding that Prime Minister Sheikh Hasina’s government is always friendly to journalists.

The minister said there are a number of online news portals in the country which need registration and the government is working on it.

Hasan said mass media flourished in Bangladesh during the tenure of the Awami League government.

“Now around 36 private TV channels are on air while 45 channels got licenses,” he added.

The minister appreciated the initiatives of DRU during the coronavirus situation.

He prayed for the eternal peace of three journalists who died of COVID-19 and coronavirus-like symptoms, and sought early recovery of nearly 100 journalists infected with the virus.