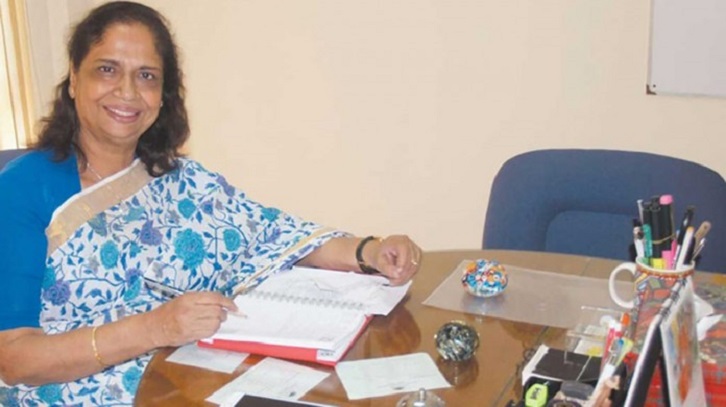 In a condolence message, chairman of CSE board of directors Asif Ibrahim, on behalf of the management and the stakeholders, said Niloufer was a pioneering nation-builder who founded the country’s one of the best English medium schools, “Sunbeams”, in January 1974.

He said Niloufer Manzur taught thousands of her students morality, values and patriotism along with giving top class education.

The nation will always remember her contributions with deep respect, he said.

Asif said country suffered an irreparable loss at the demise of Niloufer Manzur which will never be filled up.

Niloufer breathed her last at CMH in Dhaka last night. She was 74.

She left behind her husband, Syed Manzur Elahi, former Adviser to the Caretaker Government and Chairman of Apex Footwear, son Syed Nasim Manzur, daughter Munize Manzur and host of relatives to mourn her death.