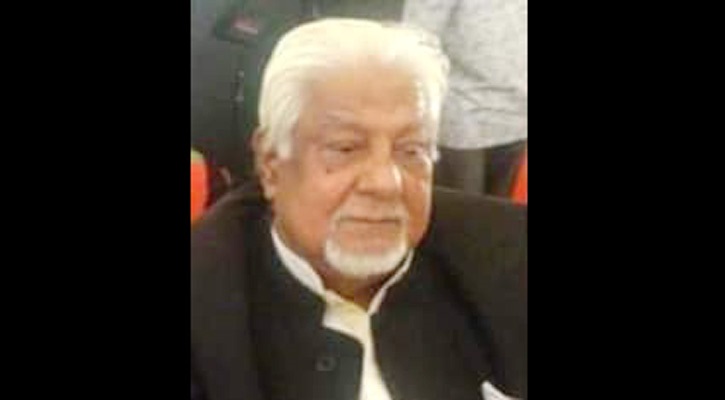 The former State Minister of Bangladesh government’s first cabinet and freedom fighter Nurul Islam Monzoor passed away at the age of 84 on Monday night.

He breathed his last at 11:50 pm while undergoing treatment at EverCare Hospital in the capital. He was suffering old age related complications.

He survived by his wife, four sons, three daughters and numerous well wishers to mourn his death.

His first namaz-e-janaza will be held at Gulshan Society Mosque after Asar prayer and will be buried at Banani grave yard today (Tuesday).

Nurul Islam Monzoor was a former Bangladesh Awami League politician and the former State Minister of Communication in the cabinet of Sheikh Mujibur Rahman. Later, he was aligned with the Bangladesh Nationalist Party (BNP) and was elected MP in the sixth National Election in 1996.