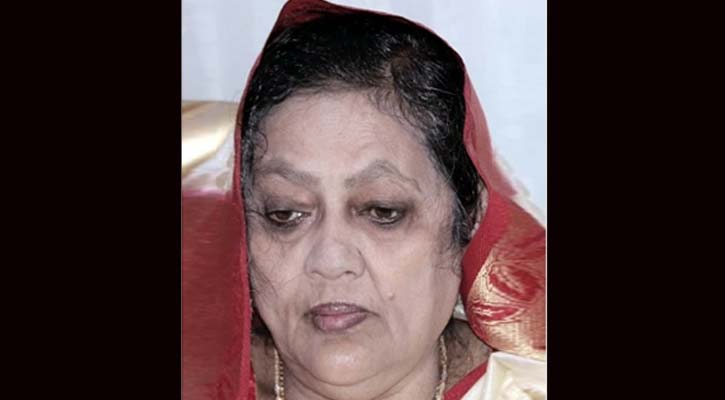 Anwara Begum, wife of Deputy Speaker of Jatiya Sangsad Advocate Fazle Rabbi Miah, died at a hospital in the capital on Tuesday morning. She was 67.

She breathed her last at City’s Combined Military Hospital (CMH) around 10:40 am while undergoing treatment.

She had been suffering from old age complications for long.

Anwara left behind her husband, three daughters and a host of relatives and admirers to mourn her death.

She will be buried at Family graveyard in Sadahata of Gaibandha after namaj-e-Janaza, he said.