Coronavirus: Joe Biden emerges from quarantine after more than 2 months 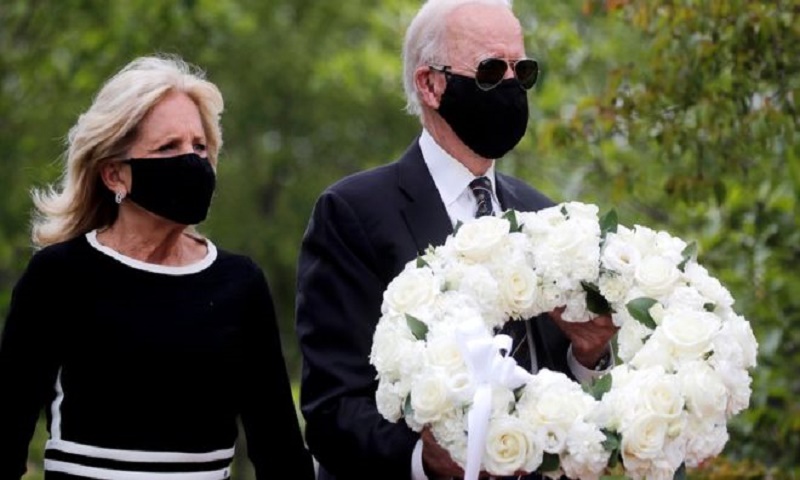 US Democratic presidential candidate Joe Biden has made his first public appearance after more than two months in quarantine amid the Covid-19 crisis.

Wearing a black face mask, the former vice-president laid a wreath at a ceremony in his home state of Delaware.

It was part of event to mark Memorial Day - an annual holiday held on the last Monday of May in honour of those who died serving in the US military, BBC reported.

The date also marks the unofficial start of summer.

Standing alongside his wife Jill, the 77-year-old then presented a wreath of white roses at Delaware's War Memorial Plaza, before observing a moment of silence to commemorate the military personnel who fought in World War Two and the Korean War.