‘Sleeping’ officer turns out dead during Covid-19 training in India 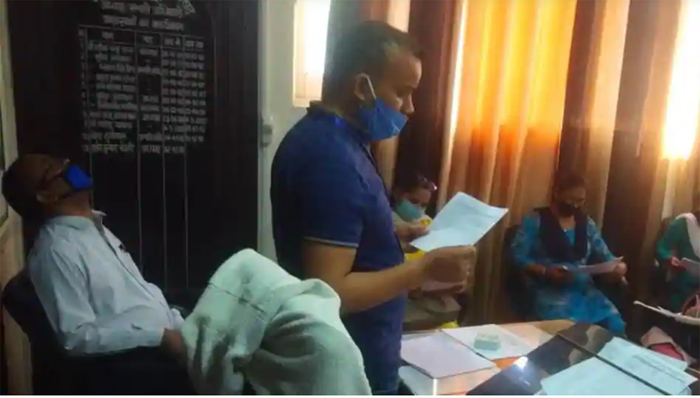 Jaswant Singh, an assistant engineer in the Public Works Department in Rudarpur, had been appointed in-charge of the Covid-19 CRT in Kichha municipality.

He was in Kichha to impart training related to documenting migrants coming from other states. During the training, Singh was seen with eyes closed by many colleagues who assumed he was sleeping. But when they shook him at the end of the programme, he just fell down following which he was rushed to a hospital where doctors declared him dead on arrival.

“He had come to impart training but said at the beginning of the programme that he was unwell and feeling sleepy because of late-night duty at a quarantine centre in Rudrapur. He asked other senior officials to continue the training. All of us thought that he slept during the entire programme,” said Praveen Singh, data operator in Kichha municipality.

Praveen added, “When the programme got over and he didn’t move, we tried to wake him up. Seeing him unconscious, some of us sprinkled water on his face to bring him back but that didn’t work. He was then rushed to the government hospital but doctors declared him brought dead.”

His family, as well as higher authorities, were informed about the incident.

“His post-mortem has been conducted but we are yet to receive his report. After receiving the post-mortem report ,the cause of death can be ascertained,” said Umesh Malik, in-charge, police station, Kichha.